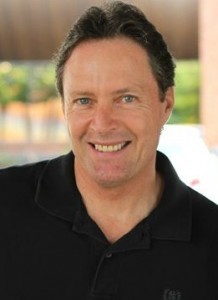 There once was a man named Bill Dorman.

He works in Orlando as a foreman.

OK. That’s not true. It was the only word I could think that rhymes with “Dorman.” He really does live in Orlando (or maybe not Orlando proper, but somewhere around there – Lakeland, I think), but he’s in insurance.

In fact, he’s a big muckety muck at an insurance company where nepotism is alive and well because his newly graduated son (who, by-the-way, is a Cubs fan) just joined the ranks.

I first met Bill on Twitter and then he found his way over to Spin Sucks. That was back when he was blogging as the Invisible Blogger (now he just blogs as himself) and, for some odd reason, he thought he’d read this blog to figure out how this whole world worked.

Thankfully he found other bloggers to show him the way, but continued to harass me via Tribber, Twitter, email, comments, and any other way he could find. Heck, I think he’d send me a carrier pigeon if he could.

Last year, when I was in Orlando for the big PRSA International Conference, Bill and Adam Toporek (and their better halves) came to the hotel to meet Shonali Burke, me, and I’m sure they made several other friends along the way.

We met in the hotel lobby bar where, mind you, drinks were not free. The plan was to have one drink there and then go downstairs to the reception Martin Waxman, Joe Thornley, and I were hosting as Inside PR…where the drinks were free.

But Bill sabotaged the plan by paying for his drinks and then not having anything at the reception.

I love to tell that story and the story where he threatened to show up to the reception in a Speedo.

Thankfully he did not (though I’m not sure he would have been properly dressed had Mrs. Dorman not been there), but it still creates quite the visual, particularly if you know Bill.

He’s one of the good guys (other than the fact that he sends me photos while he’s boating when it’s 60,000 degrees below zero here) and he is definitely someone you want to get to know.

You can find him on his blog, on Google+, on LinkedIn, and on Twitter. So, if you don’t already know him, check him out. YWRI.

P.S. Bill, this blog post and $4 will buy you a cup of coffee at Starbucks. On me.