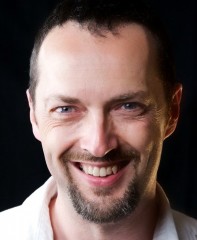 Many of you know Bob LeDrew from his guest posts on Spin Sucks.

A smart cookie, he’s never one to pull any punches or mince words. When he comments on blog posts here, he brings a fresh perspective to the conversation and always makes you think…sometimes even changing your mind about specific topics.

But let’s back up and start from the beginning. How did I meet one Pepe, er, Bob LeDrew?

In this crazy online world, it’s hard to remember how you first come in contact with someone and become friends. With Bob, I knew of him because of his book reviews on For Immediate Release, the podcast hosted by Shel Holtz and Neville Hobson.

I remember the first book review I listened to. I can’t remember whose book it was, but I remember how hard he was on it…both praising and criticizing it appropriately. When Marketing in the Round came out and he invited Geoff Livingston and me on the show, I was scared to death! I already knew he was going to be fair, but sometimes fair meant also being harsh.

We had the advantage of hearing his review before the interview, but the idea of being questioned by this super smart guy was still scary!

He did ask some very difficult questions which, in retrospect, were fair and balanced and the interview turned out quite well.

When he’s not reviewing books, he is the principal consultant at Translucid Communications in Ottawa. Yes, another Canadian friend. We’re being overrun by them here! He also teaches at Algonquin College and Eliquo Training and Development.

Though we have communications in common and lots of mutual friends (he even had a stint with my friends at Thornley Fallis), what really draws me to him is his passion for cycling. One of my very few cycling friends, he is as passionate and crazy about it as I am. For him to go out and ride 150 kilometers (or 93.2 miles) is no big deal. When I tell people I ride like that, they think I’m insane. But Bob? Bob just smiles, strokes his chin, and ups the ante.

A lover of whiskey and Stephen King (he has a podcast called The King Cast), he has enough interests to have something in common with everyone.

So check him out! Introduce yourself to him in the comments here and find him online. He is on Twitter, Google+, LinkedIn, Facebook, and Flacklife (his blog). You can even watch his TEDx talk or listen to his book reviews.