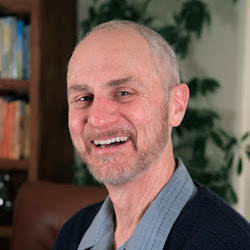 For those of you who are active in the Spin Sucks community, you’ll recognize the face and name of one Carmelo Bryan.

As he was beginning his blogging and social media journey, he became a very active – and very fun – voice among you.

For those of you who read the content posted here (thank you a zillion times over), but either stalk or don’t participate, allow me to introduce you to the man.

He’s an independent leader. He wants more for himself and this crazy world in which we live. He’s a positive thinker. He looks forward to bigger things, brigher experiences, and happier times. He’s extremely optimistic. And he plays a great devil’s advocate.

As we began our journey into becoming a virtual company, he planted himself right next to me and prodded me along. He talked to me about the pros and the cons and he helped me figure out what works and what does not.

He did this because he’s done it. In fact, he is a self-proclaimed serial entrepreneur so every experience I’ve had or am about to have, he’s likely already done.

He’s a great voice of reason in this journey.

He runs Critter Wisdom, which may sound a little corny, but hear me out. His philosophy is about how to slow down the world around us, have crystal clear focus, and use the backdrop of nature (and its critters) as inspiration to become more effective in both our personal and professional lives.

He’s not only really smart and wise, but lots of fun to have around.

So get to know him. You can find him on Facebook, LinkedIn, Google+, and Twitter. And, if you have a few extra minutes to spare, I highly recommend you read his story. It’s charming, it’s well-written, and it’ll make you snicker at least five times.