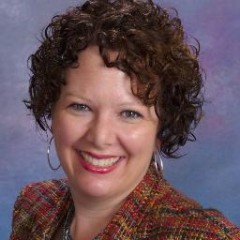 I can’t remember how or when I met Carrie Morgan, but we became fast friends.

Though she now lives in Arizona (who’s the smarter on of us when I’m facing temperatures of 15 below right now?), her mom lives in Chicago and she’s in PR.

It was immediately a match made in heaven!

She runs Rock the Status Quo, a communications firm in Phoenix, which specializes in integrating traditional and digital media. She also is a search goddess, according to her recommendations on LinkedIn. This stuck out to me because no one has ever called me a goddess in a recommendation. I mean, I make my team call me that, but I sign their paychecks.

But back to Carrie. She is the #PRprochat Twitter chat founder (of which I was a guest of last week) and is co-moderator of PhoenixPRPRros, a Facebook group for those who qualify.

She is a contributor to Convince & Convert, MarketingProfs, PR Daily, and Social Media Today and is writing a book titled, “Digital Haystack: Essential Digital PR Tactics to Explode Online Visibility & Engagement.” I don’t know when it comes out. Carrie! When does it come out??

She has dual degrees in equine science and journalism (guess we know which one she’s using) from Virginia Intermont College, a private liberal arts college in Bristol.

Not only does she work with for-profit organizations in her business, she serves on the board for the Girls Rule! Foundation, is a past director for the Environmental Fund of Arizona, and is past website chair and member of the communications committee for the Green Chamber of Commerce.

She is the parent of two teenagers and a doggy mom of two.

Clearly she has a few things going on, but she always has time to reach out, comment, and contribute.

If you haven’t already run into her in the comments here, go find her online and introduce yourself. I’ll make it easy for you. She’s on Twitter, LinkedIn, Google+, Facebook, on the #PRProChat the first Thursday of every month, and on her blog.

UPDATE: 10:22 a.m. CT. Carrie has a family emergency and won’t be visiting the comments here today. Leave her well wishes and she’ll be by when she can get here.