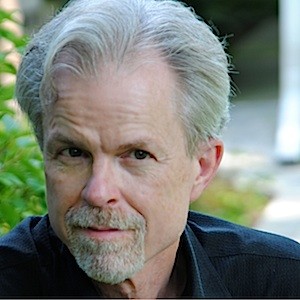 If you saw last week’s #FollowFriday, which Chuck Kent produced while I was still on vacation, you’ll know precisely why he’s today’s recommendation.

I met Chuck first online – either here on the blog or on Twitter – and then when I spoke at the Orbit Media Wine and Web event in December.

From there, our friendship was sealed and we keep finding ways to work together or run into one another.

While preparing to be away for two weeks, we were brainstorming who could take over #FollowFriday in my absence. At the time, Chuck had just begun his weekly #SocialSaturday song and video and I wondered aloud if he’d be willing to do something special for us.

Boy! He did not disappoint! He managed to mention eight members of our community in his song and, really, how could I refuse the refrain, “Please, please, please feature me”?

As it turns out, he’s more than guitar playing and song singing. He’s an advertising creative and spent a good part of his career at BBDO. Nearly 20 years ago, though, he left his cushy ad job and put his shingle out to create a resource for organizations that already have agencies, but sometimes just need a fresh perspective or extra arms and legs to get a job done.

I remember his telling me how a client called at 4:00 one afternoon, saying they needed creative by 8:00 the next morning. Without blinking an eye, Chuck and his team worked through the night and delivered on time.

I don’t know about you, but I like my sleep. That kind of adrenaline is one I could do without. But he tells the story, not begrudgingly, but with a twinkle in his eye. It’s almost as if he wants more of that.

In fact, he might want more of that because his company is aptly named Creative on Call. Which means they are on call 24/7/365 with a smile, no attitude, and certainly no complaints about needing their beauty rest.

He’s one of the most creative people I know. He knows how busy people are so, rather than try to set up coffee dates with clients and prospects, he does a virtual date. He sends you a Starbucks card and either a postcard with some fun ideas you can steal or you actually speak on the phone and brainstorm.

This is the kind of stuff that works and also makes you think, “Dang! I wish I’d thought of that!”

While it may seem like he bribed me for this recommendation, he was already on my short list.

He’s a really good guy. He’s talented, creative, fun, and smart. Seems like a great combination for someone you should get to know!

You can find him on Twitter, LinkedIn, Google+, and on his blog.

P.S. If you missed the video last week, you can find it here.