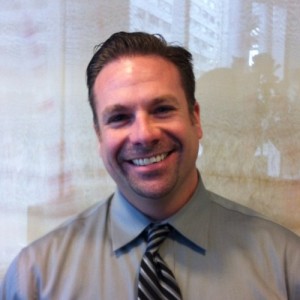 As I am known to do, when someone spends some of their day in the comments here, I make a concerted effort to check them out, read their content, and make sure to engage with them in other places on the web.

One of those people is our new friend Dwayne Alicie.

There is one thing that is super impressive about Dwayne: At 33 he went back to school. Yes, while you were thinking, “Gosh, it’d be great if I could go back to school and do X,” he did it!

Okay, maybe that was just me (I really wanted to do the executive MBA program), but I just talked about it. I never made it happen.

Somehow along the way he fell in love with PR and marketing and he blogs about that from a “non-traditional” student’s perspective.

A Virginia native, he lives in San Francisco and is getting a business administration degree at San Francisco State University. It’s hard to tell if he likes the city. He doesn’t post any pictures of it or discuss great finds at farmer’s markets or anything cool like that.

He says he likes riding his bike, but what I want to know is how he gets up those ginormous hills in San Francisco. I’ve always said if I lived there, my quads would be three times the size they are now. Perhaps I’ll get an answer to that today.

Another thing I want to know is why he has two Twitter accounts (ah ha! Google knows all!): One that gets a little more love than the other.

So there you have it. A quick intro into the life of Mr. Alicie. We have lots of questions, kind sir, so let’s get to it!

In the meantime, you can find him on Twitter, Google+, LinkedIn, Pinterest (yay!), and on his blog, Alicie in Wonderland.

P.S. I just realized Dwayne is getting a double-hitter here today because he sent me one of the videos appearing in Gin and Topics. Sorry, buddy. Your 15 minutes of fame will be all gone as of midnight.