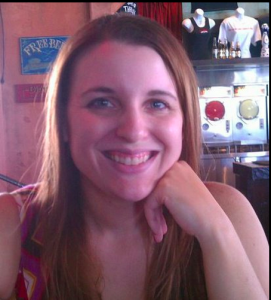 When Heather Tweedy first began commenting on Spin Sucks, I knew we’d have lots in common when I saw she lives in Omaha.

Now, don’t get me wrong. I don’t love Omaha. But I went to Creighton so I have a bit of an affinity for the city. And I do have a handful of close friends who still live there so I get back every other year or so.

So it was my first common connection (other than our profession) to get to know Heather.

And then she read Lisa Gerber’s blog post about why a PR firm leader should attend Counselors Academy and we got to meet her live and in person!

I sat next to her during lunch one day during the conference and learned that, even though she’s been married for a few years, they eloped and her grandmother felt like a wedding was in order. So Heather is getting “married” later this summer.

I love that. I love that she loves and respects her grandmother so much that she’s willing to do this one thing for her. That says a lot about what kind of person she is.

Heather is not from Omaha. She migrated there from California (poor thing), but she’s put on a brave face and even gets excited when she finds Husker-colored beads in New Orleans that she can take back to her faux husband.

She started Bright Sky Interactive last year. When she resigned to go start her own thing, her boss asked if she’d be interested in taking them on as her first client. Uh, hello? Not a bad start to your new business! That doesn’t really happen to most.

She’s evolved that into a digital firm that does everything on the web, phone, and tablet, from a communications perspective.

So check her out. She trolls around in the comments on Spin Sucks so you may have already run into her. If not, check her out on Twitter, LinkedIn, Tumblr, and her own blog.