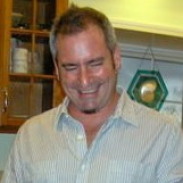 More than two years ago – in October 2011 – we introduced you to Howie Goldfarb.

At the time, he ran a business called SkyPulseMedia and was known as Chief Alien.

He was a big proponent of Diaspora.

He had been banned from Mashable.

He had just begun dating a woman who had a newborn.

And I admitted he is easily one of the smartest people I know.

Today, his Chief Alien business has grown into Blue Star Strategic Marketing, where he and his team focus on social media, advertising, and marketing.

In fact, he’s one of the good guys. He’s experienced and doesn’t just talk the talk. He knows how to use the tools to generate, nurture, and convert customers. His forte is Vermont businesses.

He has gone back to Facebook, though he never posts anything. He just stalks certain pages and, nearly every day, leaves a hilarious comment.

Diaspora ran into challenges when their co-founder died at 21.

He’s now married and dad to a two-year-old. AND they have a second baby due on February 3 (though I want them to wait a week so the baby is born on my birthday).

He’s still one of the smartest people I know.

He has contributed to The Three Things every Sunday since its inception more than a year ago.

And, if you read any of our content on the actual site (versus in your Reader or email), you have most likely witnessed his epic comments.

In fact, on nearly every #FollowFriday, he writes a 1,000 word comment about how he knows each person when, in reality, he’s never met the person. They’re always extremely entertaining and worth a conversation.

So now, of course, the challenge is for each of you to write an epic comment about how you “know” Howie, how you met, what his interests are, and how he’ll affect the future of marketing. It can all be made up, as long as it’s creative.

If you don’t have time to do that, you can certainly find him online and introduce yourself there. He’s on Twitter, LinkedIn, Google+, and his blog.