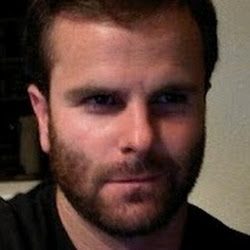 If you spend any times in the comments here (with the crazies), you already know Joe Cardillo.

He’s become a permanent part of the community and was welcomed with open arms. He’s smart, he’s witty, and he’s obsessed with Big Data, which makes him definitely a friend of mine.

I learned something new about him today as I wrote this. He no longer works for PR Newswire, where he’s spent most of his career. He’s now splitting his time between Albuquerque and San Francisco.

He just joined Visual.ly in operations and business development.

Not a small job, but a very exciting one for a very cool, up-and-coming organization.

He has a theater arts degree, but I’m not sure why he’s not using it. Perhaps because his competition is Robert Downey, Jr.? (Like how I did that? RDJ makes me swoon.)

Rather, he geeks out over journalism, content, and PR. It’s no wonder he likes to hang out here.

He blogs in several places: Trial of the Century, That’s a Good Question, and the Good Men Project. What you begin to learn about him through his writings is he’s very passionate about a few topics and he’s not afraid to talk about them or debate them.

He’s also said he’s working on a novel, which I think we should hold him accountable to finishing (and I know how hard that is!).

He’s a scholar, he’s a gentleman, and he needs some support as he embarks on this new journey in his life. And, because he’s in business development, we should all buy from him…just as soon as I figure out why we need Visual.ly.

Hey Joe! Give us your best pitch. Let’s hear why we can’t live without it. And, if you throw in some cupcakes, I’m sure people will be clamoring to make you look good.

In all seriousness, check Joe out. If you don’t already know him, introduce yourself, follow him, and get to know him.

You can find him on Twitter, LinkedIn, Google+, and his blog, where you can read reviews about bands that don’t exist.