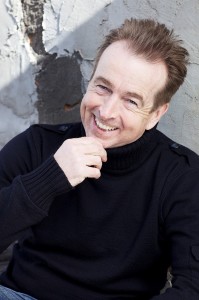 I’d heard Nick Kellet’s name tossed around for a couple of years before I first “met” him.

He’s the founder of Listly and I believe it was Marjorini (aka Margie) Clayman who first introduced him to me, via her blog, as an up-and-comer star.

But when I first really met him? Last November during a Community Management Hangout hosted by Tim McDonald.

Nick was one of the attendees and he joined the chat as an active – and very funny – member.

In fact, one of the things forever ingrained in my brain about Nick is that, halfway through the Hangout, you suddenly see him sprinting down the hallway. The rest of us on the Hangout watched this happen with great humor.

I guess there was a delivery man at his door and he wanted to get to it before the bell rang and his dog started barking, creating a sound issue for the Hangout. But I’ll never forget watching him sprint down the hallway, seeing on the back of his head bob in and out of the camera’s view.

That, however, is not what he’s known for globally. He is the co-founder of Listly, an app that not only allows you to create and share lists on the social networks, but to do so in your blog posts.

If you blog consistently, you already know lists posts are always very popular with readers. Listly makes it easy for you to create – and crowdsouce – them so they grow beyond your own readership.

For instance, the inauguration is this weekend. If you’re going, you can check out the Listly for the events to see who is going where, which are the most popular, and whether or not tickets are still available.

People vote up (or down) their favorite things on the list and suddenly you have audience participation.

But enough about Listly. This is about Nick.

If you simply read his bio, you’ll discover he’s more intelligent than 99.9 percent of the population and that he has some interesting experience.

In a previous life, he was a board game developer (he created GiftTRAP) and won an award the equivalent of an Oscar in that field.

Get to know Nick. You can find him on Twitter, LinkedIn, Google+, Facebook, his own website, and on the Listly blog. And maybe, if you’re as lucky as me, you’ll be on a Hangout with him and see another human side of this wickedly smart human cyborg.