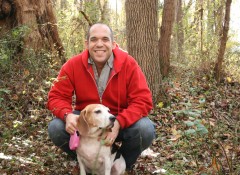 Well, hells bells (as my mom would say). We’ve done it again.

Though Jason Konopinski has been working with us part-time for six months, he finally joins us full-time on December 2!

Jason, as many of you may know, blogs at a site named after himself, and has a podcast called Riffing on Writing.

Though he has also been blogging here as part of our team for the past few months, his main job will not be content, but what we’re calling paid media manager.

No, he won’t be doing advertising or making media buys. We’re not getting away from our communications roots.

His role is lead generation, email marketing, and social advertising.

He also will be taking over managing the guest bloggers for this very site from Lindsay Bell (so if you want to write for us, ping him!).

I had dinner with him in Philadelphia the other night and got some feedback about his spanking new job.

Catching Up with Jason Konopinski

Gini: What excites you most about joining our team?

Jason: The agency is on the brink of something very big and it’s incredibly exciting to play a part in its success and evolution. I’ve always worked for larger companies, so stepping onto a tightly-knit team focused on the same goals is awesome.

I’ve never felt so in control of my own destiny, professionally. An entrepreneurial cultures defines everything we do here.

Gini: Where do you expect this role to go in the next three years?

Jason: Convergence. That’s the big theme that has been in my head for much of this year, and I’m applying to all the work that I do. For me, it’s much bigger than just integrated communications. Digital communications platforms and social tools are ubiquitous, and we’re seeing new models for commerce, social selling, lead generation, and nurturing emerge all the time.  There’s still a lot to explore, and we’re just beginning to understand the implications of this wild and crazy social media world on dollars and cents.

Gini: What kinds of things will you look for from guest bloggers?

Jason: Challenge me to think differently. I’m a voracious reader — and almost of it comes from business books. Don’t be afraid to draw from the social sciences (or hard science, for that matter) to give context to marketing and PR. Take some risks in your pitch, read the guidelines, and stick your neck out a bit. If I had to narrow down to three characteristics: A willingness to look at unconventional topics, knowledge of who we are and what makes us tick, and a good sense of humor. You’ll quickly understand why Gini calls the community “her crazies.”

Gini: How do you think the community here will continue to grow?

Jason: I’m not usually one to prognosticate or make predictions, but there’s this idea in my head that our guest bloggers will continue to raise the bar for thoughtful, strategic thinking that moves beyond the fundamentals. Some have said  the Golden Age of blogging has passed, but the community here has demonstrated time and time again that even potentially controversial topics can be discussed with (mostly) level heads.

Gini: If you have anything mean to say about me, now’s your chance…or forever hold your peace.

Jason: You mean more than I already do? Jokes, jokes. You won’t let Mr. D play video games with me. That’s not cool. I mean, what can *really* go wrong?

Gini: Now that I sign your paycheck, Mr. D is OFF LIMITS.

Please join me in congratulating Jason. You can find him in the comments here or on Twitter, Facebook, Google+, and LinkedIn.