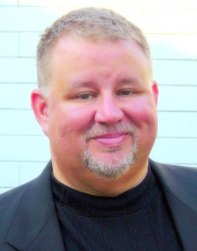 Everyone who already knows Steve Farnsworth, raise your hands!

No? Not everyone? Are you sure? I think everyone knows Steve.

Maybe if I refer to him by his Twitter name: Steveology. Now?

I met Steve on Twitter a couple of years ago, became a regular reader of his blog, and then met him in person at the Vocus conference in May.

When we met, it was as if two bosom buddies were getting together after not seeing one another for 10 years.

He is a freaking riot! And he’s hyper-intelligent to boot.

He owns a business called Jolt Social Media, where he works with companies to build their content strategies and then use social media to promote and build communities. Because of that kind of work, we asked him to do a webinar for us, as a follow-up to Marcus Sheridan‘s inbound marketing and using content for sales webinars.

It was really well attended because, well,  he’s a freaking riot and hyper-intelligent to boot. People like to listen to what he has to say.

He is the video king. He takes video of people everywhere he goes. In fact, the video he did of me caught me in all sorts of bloopers, which he was more than happy to share. But, because he carries that darn video camera around, he gave me the excellent idea of doing the same when I speak. Video is a great way to get testimonials and emulating the way he does his is a good way to start.

He and I have lots in common: We both like to eat, we both love wine (and he’s more than happy to rub it in that he can go to Napa anytime he likes because he lives an hour away), we’re both February babies, and both of our significant others are named Kelly. His Kelly is a girl and mine is a boy, though. Other than that slight difference, two peas in a pod.

So check out my friend Steve on his blog, on Twitter, and on Google+. YWRI.