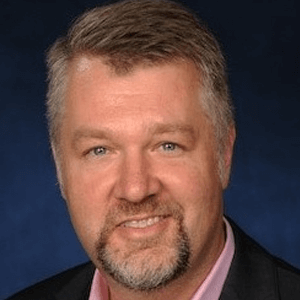 Earlier this year, I spoke at Social Slam in Knoxville and, for the very first time, heard Tom Webster (of Edison Research fame) speak.

About halfway through his presentation, the laptop on the stage stopped working, which meant his presentation was gone. He continued to speak while firing up his own laptop and connecting it to the big screen so we could see the stats and graphics he was referring to as he spoke.

That is the definition of a consumate professional. Even if he was flustered internally, you never would have guessed it by the way he just rolled with the punches.

And roll he did. He cracked jokes and completely mesmerized the audience of 600 people while he worked on connecting cables and cords and testing the connections.

If you’ve never heard him speak, I highly recommend it.

And, in fact, you’ll have an opportunity next week when he presents research and insights gleaned from The Social Habit for the November Spin Sucks Pro webinar.

The Social Habit isn’t a data dump. It’s how your business makes sense of the social web, guided by some of the industry’s top consultants, including Jay Baer, Jason Falls, Mark Schaefer, and, of course, Tom.

On a personal note, Tom quietly married Tamsen McMahon (now Webster) a couple of months ago to create the most envious social media match on the web!

If you don’t know Tom, I highly recommend you check him out. You can find him on Brand Savant, Twitter, Google+, LinkedIn, an awesome podcast with Shel Holtz and Neville Hobson, and, of course, during next week’s webinar.

If you do know Tom, you can contribute in the comments how much he rocks. I know Jason Konopinski, who I think may have a crush on the man, will be happy to tell you all of the awesome things about him.

It’s hard not to immediately like him, if only for that crooked grin of his!