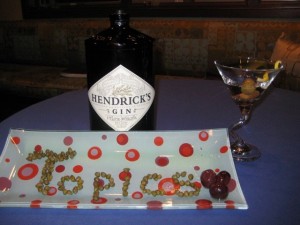 Did this week feel like an entire month to anyone else?

But nothing compares to the video you’re going to see in the number one spot of today’s Gin and Topics. So I’ll let you get to it.

5. Google+ Is Dead. This is a really interesting article in Slate about Google+ vs. Facebook. The author makes a pretty bold statement: The opportunity for Google to compete with Facebook has come and gone. But here’s the thing. I don’t think they’re competing with Facebook at all. I think they got into the social space to drive more search and, because of privacy issues, they don’t have access to our stuff on Facebook. It’s not a Facebook or Twitter or LinkedIn killer. They’re using it simply to get more data out of us. Hmmmm…that might be an entire blog post. I’ll have to think about it.

4. The Real Genius of Steve Jobs. Love him or hate him, no one can argue Malcolm Gladwell is a brilliant writer. Here he dissects Steve Jobs’s biography in his New Yorker column. As is normal, it’s really long, but very well worth the read.

3. Chicken Pox Lollipops Being Sent through Mail. This is one of those WTH stories. Parents are sending chicken pox-infected candy to Facebook friends in order to infect their kids to control when/how they get the virus. For those of you who are fearful of vaccinations and are thinking about trading candy with strangers via the mail, not only is it a really bad idea, it turns out it’s against the law.

2. Google Bans Contests and Promotions on Plus. Another Google+ story; forgive me. It’s something important for everyone to know, though. Unlike Facebook, you will not be able to have contests or promotions on your Google+ branded page. You’ll have to push people to something you own, instead (I say: Hooray!).

1. Sometimes You Just Gotta Lighten Things Up. So I’m in the airport yesterday, getting ready to elbow my way on to the plane, and I see a ping on the blog from Ken Mueller. I open it and find this video. I don’t really have any words for it other than it’s hilarious and I feel like I just got roasted. I don’t want to ruin it for you, but if you watch any of my videos, you’ll enjoy the mockery of me.