I was talking to Aly Saxe yesterday and she told me her goal for the rest of the quarter. I said, “That’s it? You still have six weeks left!”

But now that I think about it, six weeks is all we have left in the first quarter.

I have now worked myself into a stress ball with lots to do. So I will leave you with Gin and Topics and get to it!

5. Farmers Feed the World. Ah, these farmers are super cute. They remake three songs about feeding the world with their crops. I don’t know how I feel about their college allegiance, but it’s pretty darn cute. You too will be singing, “Farmers feed the world” in the tune of Uptown Funk.

4. E.R. Cast Reunion. George Clooney shows up for the E.R. cast reunion and is met with a bit of a challenge. No one else shows up. To the reunion. But Jimmy Kimmel tries. Sort of. It’s worth the whole video to see George Clooney rap around the 4:30 mark.

George Clooney raps and it is awesomeClick To Tweet

3. Poison Cover. I heart Justin Timberlake. Here is does a Bell Biv DeVoe cover and they find it…and post it to their Facebook page. Ah, man. I miss the 90s boy bands. 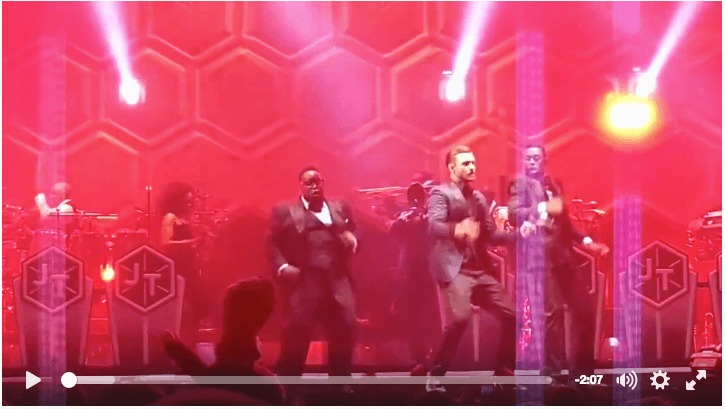 2. Heart-to-Heart with Donald Trump. The cast of “Fuller House” has a heart-to-heart with The Donald and I don’t know which is better: The skit or everyone in the audience freaking out every time a new cast member comes on stage. This will be the best six minutes of your day.

1. Tight Pants III. You know I LOVE Tight Pants and now there is a third version. So here we go. Stand up, stretch, and let’s get going. I want your best Tight Pants impression (extra points if you record it and send it to me). I love that Jimmy Fallon is trying so hard not to laugh.

Tight Pants is back and there is a baby in the house!Click To Tweet