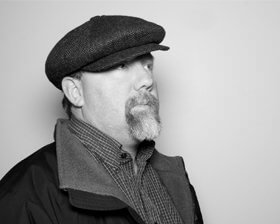 There is a new time suck in town, it’s called Google+ Communities.

It was rolled out recently; I have no idea when and it really doesn’t matter.

It is the latest really well done idea on a fantastically done product nobody seems to be able to get hot and bothered over.

G+ is the really pretty girl in a room full of Victoria’s Secret models.

I want to go chat up G+, she seems nice, but I keep getting distracted by the really big “hands” on Twitter and Facebook.

As for LinkedIn, she really shouldn’t have worn that sweater, or someone should have been honest when she asked if it made her look fat.

LinkedIn had been doing groups for a long time. They aren’t great. I believe it was Mark Twain who said, “Let us make a special effort to stop communicating with each other, so we can have some conversation.”

Love Me, Love My Blog

My experience with blogging related to LinkedIn groups is they all have areas to “promote your blog.” The idea is simple: You put a link to a post up and then go read the dozen or so posts before and leave comments, usually meaningless comments, because you don’t really give a damn. You just want them to love YOU back. Of course, the comments you receive on your post are just as meaningless.

The G+ writing communities, and I can’t speak for the others, because I’ve not been joining them, seem to be the same as LinkedIn but with books. (Note: This is an historic moment, as NOT knowing about something has never stopped me before from forming a hasty and ill informed opinion and then spouting off about it.)

For the most part, they are filled with first time paranormal romance writers who, for lack of a better word or words, couldn’t write their way out of a wet metaphorical bag. They all want feedback. They are all lying, because I know when they say feedback they mean unbridled praise and adoration.

Now, I will be the first to admit the world could use 20,000 more paranormal romance novels, but sadly it isn’t a genre I’m interested in, so I’ve not found the communities to be all that helpful.

For a G+ community to work, it needs to be…well…Triberr. The people I’ve grown to know via the two tribes I was invited to all seem to get it. They are engaging, leave meaningful comments, and seem to truly like one another’s writing.

I’ve heard there are mega tribes and I imagine they may suffer from some of the problems I described above, but I’m not in one, so I couldn’t say.

It makes me wonder three things…

That’s all the snark I have time for today, I need to get to work on my novel about a paranormal romance writer bitten by a sexy vampire, thus forced to confront his own immortality and the fact that he is doomed to an eternity in a genre that pretty much sucks.

Brian Meeks has delusions of novelist, which he feeds by writing the Henry Wood Detective series. He has just completed a young adult novel, Secret Doors: The Challenge, which should be available soon. He is also the author of a book about the 1986-87 Iowa Hawkeyes Men’s basketball team, and just finished…well…he writes a lot of books (and needs to get them all edited…he digresses). If you are interested can find out more about him at http://extremelyaverage.com.