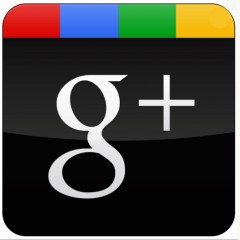 In early 2011, Google launched Social Circles and we all wondered what the heck they were and how they’d be used.

A couple of months later, Facebook hired Burson-Marsteller to create a whisper campaign against the search engine, in the hopes of dissuading enough people to not investigate Circles and stay with the social network.

Not bothered in the least, Google continued its quest to take over the world (and do no evil), and launched Google+ later that year.

Said to be a competitor to Facebook, it bombed.

But the folks at Google+ did not give up.

Though people did not shut down their Facebook accounts and flock to Google+ in droves, the search engine knew they were on to something and pivoted the business idea.

Rather than be a social network, they made Google+ the featured product.

To sign into any Google product (Gmail, Hangouts, analytics, YouTube, and more), you had to go through Google+.

To boot, any time you create new content and link to it through your Google+ account, the search engine gives you a little extra love in search rankings.

As their numbers began to rise, they introduced Google authorship and their plan for global domination was coming to fruition.

Google+ is Not Dead

Vic Gundotra, the visionary behind Google+, announced he was leaving the company after eight years.

TechCrunch, who is notorious for the philosophy, “Getting it right is expensive. Getting it first is cheap.”, began to speculate what would happen now.

According to a “source” inside the company (both the PR department and Larry Page, himself, have denied these claims), Google+ is walking dead.

They are, however, insistent and have used the following “facts” in their stories:

From there, the Wall Street Journal, Forbes, and other traditional media outlets jumped on the story and used the “facts” above to drive their information.

Nothing has been confirmed by Google and the sources TechCrunch used are anonymous (who knows if they’re even real or if this is pure speculation).

Don’t shut down your Google+ page yet.

What we do know is Google allows 20 percent of a person’s time to devote to creating new products.

They launch things in beta form, test them – sometimes for years – and close them down, without penalties to the team who worked on them, if they don’t pan out.

Take Alerts, Reader, Notebook, Wave, and Answers as great examples of how the company demonstrates their commitment to innovation and creativity.

We also know Google incentivizes their team – as much as 25 percent of their bonus – to get Google+ off the ground and get it incorporated into our daily lives.

So, before you panic or speculate, pay close attention to how much traffic Google+ sends to your website or blog today.

Watch that traffic and see if it increases and decreases in the coming months (without your changing your Google+ activity).

That will be the true test of what the company is going to do with this product…not some speculation from a blog that is more concerned about telling the story than getting the facts correct.

(This, of course, has nothing to do with how much you love or hate Google+. Just that it’s too early to call for its death.)