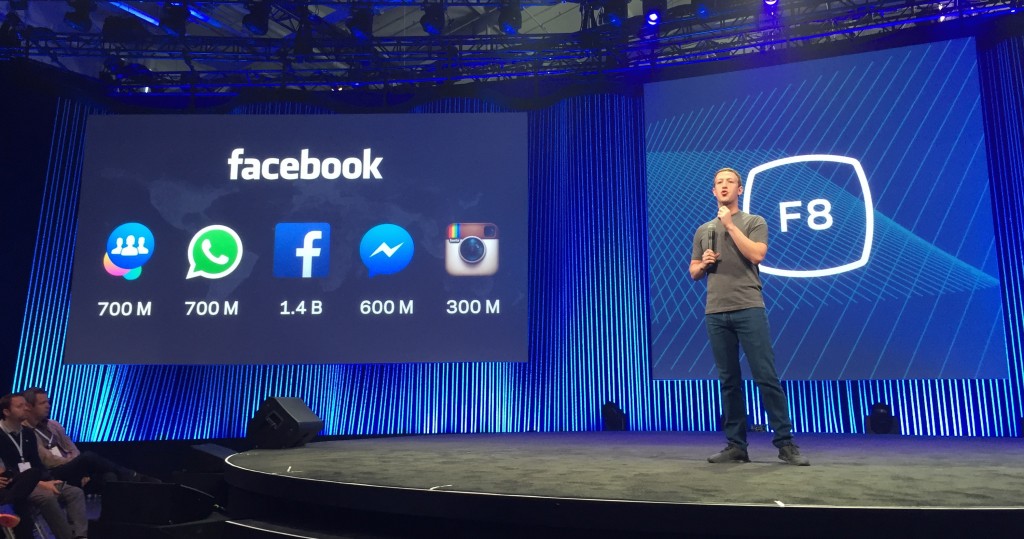 The big F8 Conference was last week, which means there is lots of news coming out of Facebook right now.

Which is both…exciting and a little frightening.

I mean, I am working towards global domination, but they seem to have me (and Google) beat.

Of particular note are three things:

And, based on the news out of the conference, stock analysts increased their rating. As well, they expect when Facebook reports Q1 earnings next week. they’ll be up about 52 percent from last year.

Not too shabby for a social network that was said to not be worth anything once they went public.

We took a look at Facebook Instant Articles here a few months ago, but at the time, they were available only to big media companies.

As of last week, they are now available to all, which means your content can be directly fed to Facebook through an RSS feed.

To do so, you need two things:

Though you only need 10 articles to be approved, I imagine not all 10 you submit the first time will get through, so have 20 ready.

The value of this is yet to be seen, but you can bet we’ll report back on our own experience.

They say the responsiveness of these articles is 10 times faster and that you get about a 20 percent bump in readership.

Based on my own experiment of posting Spin Sucks articles on my personal Facebook page, I say that’s probably true.

There certainly isn’t any harm in trying it out. It’ll take you a bit of upfront time (an hour or two), but I’m willing to bet it’s time well spent.

Change to the News Feed

This one is particularly of interest to me because now we really will never have to leave Facebook.

They are testing changes to the news feed, which will allow you to swipe the bottom of your screen (phone or tablet) to get the news you want. 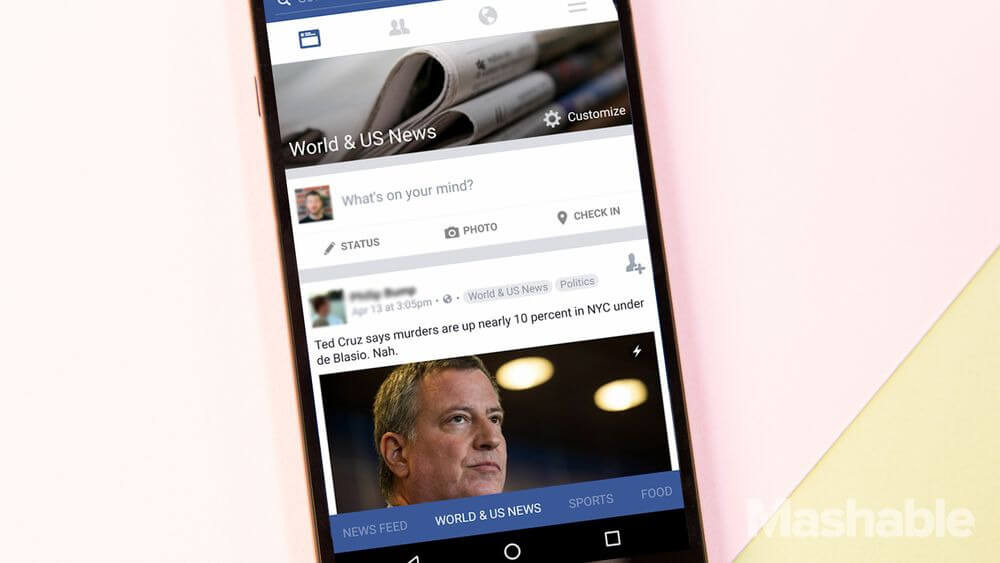 Look down there at the bottom of the screen shot. See NEWS FEED   WORLD & US NEWS   SPORTS   FOOD?

Now you can access that type of news right from your Facebook news feed, without ever leaving the app.

Gary Vaynerchuck had a great analogy about this on Medium last week.

He compared it to AOL in the 90s, when we used dial-up to get to the world wide web.

If you think about our behavior on AOL in the early to mid 90s, people never really left AOL to go on the world-wide-web. After they logged in with dial-up, not only did they have email and instant messaging, but they were also on a page that provided them with (slightly curated) news, weather, videos, images, games, and articles. Users had no reason to leave the AOL hub to explore the Internet on their own.

So now we can feed our own content straight into Facebook and we don’t have to leave the social network to get our news.

We’re already there because our friends and family are there…and so are the photos and the videos of the people who care.

It makes sense they’d try to create something that keeps us there longer (aka global domination).

During a session called “The Future of Video on Facebook,” it was said that nearly half (48 percent) of all video watched on Facebook is that which is shared.

Of course, there are the marketing checklists and layers of approvals that content has to go through, including video, which is why we’re having such a hard time with it.

All of those things make video incredibly hard to share because it’s been sanitized. And we don’t want sanitized.

(That and it’s hard to be creative when Buzzfeed draws more than 10 million viewers on a Facebook Live video of them trying to explode a watermelon with rubber bands. I mean, really.)

Think about the videos that are made and shared, not including the Buzzfeed one I just mentioned.

How about the little boy who laughs hysterically when he sees a photo of a donkey?

Or the conference call in real life?

Or every meeting you’ve ever been to in two minutes?

These are all shareable videos because they sit in the middle of trying to be all things to all people and trying to create something for one particular brand persona.

Your Guide to What’s New

Though I know some of you really hate Facebook and some of you are not on it at all, it’s something we can’t ignore from a communications perspective.

With content feeding directly in there and the potential for new audiences to see it just by hitting publish on our end, it’s a pretty incredible opportunity.

That said, everything you do should be published first on something you own (like the blog, for instance) and then fed from there.

Though Facebook just announced their 10 year plans, we have no idea if it will become what AOL was meant to be, or if it will suffer the same fate.

Don’t give your content to the social networking giant, but certainly let them rent it.