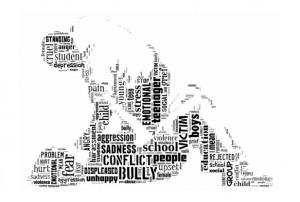 If familiarity breeds contempt, then what does contempt breed?

It’s no secret in the social space we all loathe the ‘negative Nellies.’

To engage in online bullying and spew hateful, hurtful commentary on Facebook pages or blog posts day after day.

Trust me, we’ve experienced more than our fair share of the same here at Spin Sucks.

But, negativity aside, have you ever thought about the affect this online bullying has on the other people reading your content?

Apparently, a lot. In fact, a recent study showed negative comments can actually change the opinions of otherwise objective readers.

This was determined using a fairly simple, but interesting exercise. Researchers from George Mason University and the University of Wisconsin-Madison set up a fake blog with a news item on a fake product. The Blog post touted its supposed benefits and its possible drawbacks.

They created two versions of the post, one including civilized comments that included both support and skepticism. The other post included those same supportive comments, but was also peppered with classic online bullying behavior. There were ignorant outbursts, obscenities, and troll-like attacks on the other commenters.

Two groups of readers read the article each with one of the set of comments. The ‘nice comments’ group? They retained more or less the same personal opinions they had already formed about this made-up product.

The ‘negative comments’ group? Interestingly, they were more likely to have changed their original personal opinions, having been swayed by the rude, argumentative comments, and much more concerned about the possible drawbacks of the fictional product.

So, what does this tell you? It told the researchers that nasty, hateful comments don’t just affect one’s mood or frame of mind. They affect how our minds frame ideas and process information.

So, while you’re sitting there, all mature and full of life experience, patting yourselves on the back saying “Oh, come on now. I would *never* be so easily swayed by a few garbage-spewing trolls!” consider this.

We are raising a generation who would be.

According to a Pew Research Center survey, today’s young people are missing out on the luxury of time. The hours spent reading a good book, for example, then the hours spent afterwards pondering what it all means.

This cohort isn’t learning some core skills. Skills that most of us, relative cavemen in comparison to the wired, media savvy youth growing up in today’s digital world, learned as we matured in our slower, simpler world.

These important skills include:

Weighing the quality of information – BINGO!

Barry Chudakov, a research fellow at the McLuhan Program in Culture and Technology at the University of Toronto summed up the dilemma it best, “Is this my intention, or is the tool inciting me to feel and think this way?” (Italics are mine.)

Being adept at self-analysis, and able to determine why we feel, think, and react to something the way we do is an important skill. And it’s a skill that some worry the youth of today are not learning how to do.

We’re definitely not going to change this evolution. It’s part and parcel of this exciting new wired world we all now live in. But what we can do as marketers is be proactive.

If healthy debate is brewing within your community – jump in there and debate with them – Gini Dietrich is a pro at this! If you have an anonymous commenter being truly hateful and ugly to others (bullying, racial or sexist slurs), by all means block that person and/or delete their vitriol. If they are borderline bullying, but using their real name (a rarity), try taking it offline, perhaps via email, to see if there is a reason said person is so angry about your content or brand.

We’re never going to get rid of the haters and trolls who have been anointed with the greatest online superpower of all: Anonymity.

But we need to remember a string of non-stop negativity might affect how potential clients or consumers feel about your content, your company, and your brand. And if I were a betting lady? I would put money on the fact it is already swaying the opinions of the next generation of social media users. Your future customers.