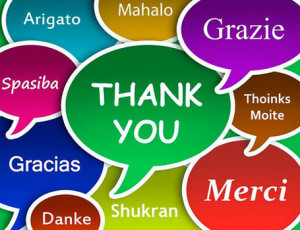 Back in October, Mark Zuckerberg announced Facebook had broken the one billion landmark for active monthly users.

The company’s end of year report revealed there were in fact, 1.06 billion monthly active users (MAUs), as of December 2012.

To put that in perspective, more than one in seven of the world’s population are now hooked up to the social media behemoth.

And the social media market shows no signs of reaching saturation point just yet.

According to eMarketer figures the two countries showing the biggest increase in social media usage through 2011 and 2012 were India and Indonesia, with a massive growth of 51.5 percent and 51.4 percent respectively.

Compare this to the U.S. and U.K. markets, which grew by 9.8 percent and 9.9 percent and it’s clear there’s still plenty of room to catch up in many emerging markets.

Facebook is the single biggest social media network worldwide, and by a considerable margin. Other familiar sites such as Twitter and LinkedIn have strong presences in most places, but there are also a significant number of local competitors that are hugely important within their own spheres of influence.

Whether you’re sticking to familiar platforms or reaching out across new ones however, it’s important to remember there’s no one-size-fits-all approach that works when crossing cultural and linguistic borders.

A single, uniform, monolingual approach to social media is unlikely to win over a multinational audience but equally it’s not worth spending time and resources on markets you’re not looking to do much business with.

Different cultures tend to have different social media habits and patterns. Brazilians, for example, have the highest number of online friends with an average of 481 per user while Japanese users have the fewest with just 29. In its white paper on international social media marketing, Lewis PR lists some of the typical traits and differences between social media users by country.

U.K. audiences, they say, can be extremely sceptical but will react well to humor, while the French prefer social and sharing sites to blogging. In Japan, meanwhile, an emphasis on privacy means you’ll often be dealing with anonymous users. These traits are somewhat generalized, of course, but they can help tailor your social media campaign for individual markets.

Use the Right Platform

Facebook is the undisputed worldwide leader in the social media scene. And, for now at least, it just seems to keep growing. As recently as 2009 there were 17 individual social networks that were market leaders in at least one country.

Last year it was far more homogeneous according to this map by Italian blogger Vincenzo Cosenza. There were just five market leaders in 2012, with Facebook dominating in all but 10 countries.

That doesn’t mean other social networks should be ignored. In China, where Facebook remains officially banned, QQ and Sina Weibo are massive while VK is popular with Russian speakers worldwide and Orkut – ousted from the number one slot in Brazil by Facebook around this time last year – still boasts a huge user base.

The rise of mobile networking shows no sign of slowing. Mobile search is widely expected to overtake static search by 2015, but in some markets and social media platforms it’s already the most popular format.

The Chinese sites QQ/Qzone and Weibo are already highly mobile-oriented and social networks that have low-bandwidth, smartphone friendly versions can help you reach the high proportion of social media users worldwide who access via mobile devices.

Get Your Message Across

English remains the single most widely used language online but it still represents only around a quarter of total usage. Multilingual users may use English language sites when there is no alternative available, but they typically prefer sites in their own native tongue.

A recent study found more than half of surfers across the European Union regularly visited foreign language (typically English) sites but also revealed that only 18 percent would make purchases from a site that was not in their own native language.

In the informal world of social media, users are even keener to communicate in their own native language. This means, for any market you’re serious about, you should make the effort to talk to customers in their own language. Native speaking translators can help you get your message across and can also help avoid any potential cultural faux pas.

There can be a lot of work involved in taking your social media presence overseas but forging strong relationships in a whole new target market can be more than worth the effort.

Christian Arno is the founder of Lingo24, one of the world’s top translation services providers. Launched in 2001, Lingo24 now has more than 180 employees spanning three continents and clients in more than 60 countries. In the past year, they have translated more than 40 million words for businesses in every industry sector, including the likes of MTV, World Bank, and American Express.

View all posts by Christian Arno