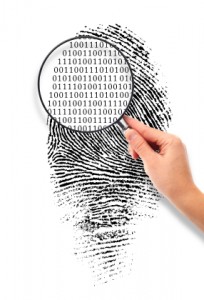 Those who know me, know I don’t get out much.

In fact, as I said to Danny Brown on Saturday, “I’m *this* close to becoming agoraphobic!”

While I might be exaggerating a bit, I do tend to watch Hoarders with a tad more trepidation than I used to.

So, when Gini Dietrich asked me if I wanted to attend the Social Capital Conference in Ottawa with her, I jumped at the chance. I know. You’re scratching your head saying “Um, those two statements make no sense.” Hang tight, I’m getting there.

I’ve said before I’m an introvert – painfully so in fact. But I fight hard to hide that fact. I’m pretty good at working a room, get geeked out about job interviews, and am absolutely beyond fascinated by people and what makes them tick.

As you can see, I’m a jumble of inconsistencies and mixed messaging (and the odd mixed metaphor). Poor Gini deals with this everyday. God love her. But I digress. Back to people.

The Study of People

People are so interesting. You really never know for sure if what you see on the outside is actually what’s on the inside. It gets a bit easier as one *koff* matures, but still. Trust is a bizarre thing us humans do. You couldn’t be more vulnerable than when you place your trust in someone.

Yet, online, every day, we trust people with ourselves. We build deep relationships – friendships even – with people we’ve (usually) never met in real life. We share our most intimate thoughts, our life events, our children’s names.

Marjorie Clayman wrote a thought provoking piece on the subject of social friendship, suggesting we’re all becoming simply robot friends with on/off switches. Maybe. I certainly don’t feel that way at the moment. However, it’s interesting how quickly we bond with those we can’t look directly in the eye.

Many people crow social/digital/mobile media is destroying our ability to communicate clearly and really know people. Studies do indicate 93 percent of communication between humans is based on nonverbal body language (which we’re obviously not getting via most technology).

For example, it drives me batty when I can’t see someone’s eyes when I’m speaking with them (I will ask you to take your sunglasses off!). But the same discomfort and feeling of disconnect rarely comes up for me when chatting online.

Clearly we’re evolving. And fast. Some researchers feel humans, and our physiology, evolved at a ferocious rate over a scant three or four millennia – a time frame “minutely short by the standards of Darwinian evolution,” as they say – and this because of technological advances.

Which brings us back to the conference. Yes I was nervous, and feeling out of sorts, but I put on my best “No, I’m actually an EXtrovert!” face on, stuck my hand out, and waded in. And I excitedly met some people I know online, in real life, for the first time. Guess what? My gut instincts didn’t fail me. Not once. The ones I was pretty sure I was going to like, I did. And those I kinda thought I might not – I didn’t.

Even with no eye contact, and hundreds of miles and machines between us, I have developed deep social friendships, and real connections to certain people in my social networks. And those same feelings were there when we met – and hugged – in Ottawa last week.

I think that says a lot about us and how we communicate and don’t communicate. Even without the magic (and pheromones!) of body language and face-to-face interaction – I still had a 100 percent return on my investments.

We should all stop worrying about this new digital world we’re living in and evolving beside. We’re all going to be just fine. And we’re going to have loads more friends to lean on than ever was possible before.

NOTE: I’m not sure what this all means, it’s just been jumbling around my head since the weekend and I had to get it on paper – I would LOVE your thoughts and feedback!