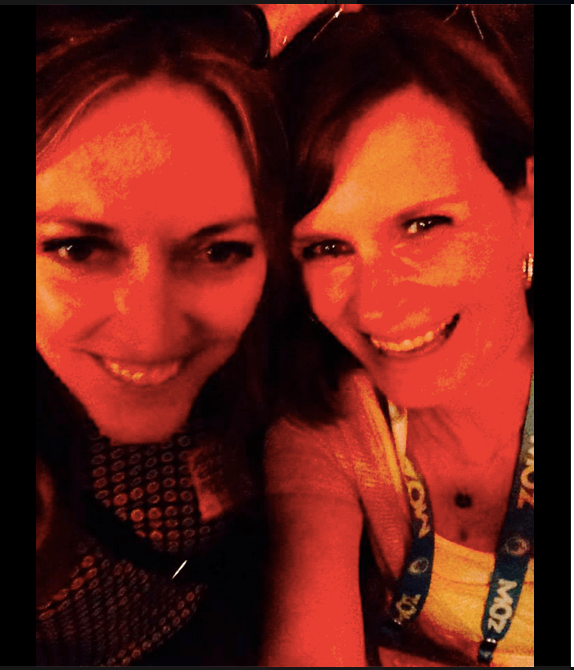 For those of you who don’t know her, put this on your bucket list: Find a way to get to Chicago to meet Amanda Gant (and see Gini, of course).

She is the marketing manager at Orbit Media Studios and gets to work with some of the brightest minds in the web development industry, including Andy Crestodina.

I was immediately taken by her a few years ago when I learned she is from Valentine, Nebraska and went to the University of Nebraska (go Cornhuskers!). I’m a Creighton University grad and have lots and lots of friends who are Husker grads (even went to a frat party or 20 there during college) so there is a strong affinity there.

She is ridiculously smart and witty, which makes her hilarious and one of my favorite people on earth.

So here she is…sitting on the Spin Sucks Inquisition hot seat.

The one I regret the most is staying at a job that I really disliked way past the expiration date.

No one wins in those situations. Not you or the company.

I go by both Amy and Amanda. Up until I moved to Chicago I went by Amy, but my birth name is Amanda.

It’s sort of a long story so I’ll try to make it short.

Apparently, my dad dated some girl in high school named Amanda and when I was born he wanted to name me Amanda.

Mom was not having it, but she’s a fair woman. She compromised and put Amanda on the birth certificate, but called me Amy.

When I moved to Chicago I worked for a real estate company and there were two women named Amy there.

My boss decided that was two too many so she decided she was going to call me Heather.

So, all of my friends back home in Nebraska, my family, and a few select Chicago friends call me Amy but everyone else knows me as Amanda.

The only time I was called Amanda up until 2003 was when mom got really angry.

It packed more of a punch, I think.

I think your goals and things that you want to achieve change all the time.

If I died 10 years early, I’d miss out on wanting to achieve new things and achieving them.

Besides, I’ve always pictured my older self shaking a fist at the neighborhood kids and just doing crazy stuff because I can.

Doesn’t translate as well in your younger years.

People mistaking “best practices” as stone cold tactics. They are meant to be guidelines.

Find what works for you, your business, and (most importantly) your customers.

I hear this all the time, “I read that it’s best practice to have X on your website. Can I add that?”

Sure! With a good content management system or a developer, you can add almost anything to your site.

Go look at your analytics first.

Ask your customers what they want.

Is this something that’s going be effective?

Can you justify the ROI?

These are the questions you need to be asking yourself.

Here’s my tip (for best practices and life in general).

Ask yourself “why?” three times.

The second why should question your first answer.

Then go deeper and question yourself again with another why.

If you can’t give a good reason why to all three questions, then nix it.

I think the original technique tells you to do it five times, but I’ve found that three usually does the trick.

I’m pretty sure if book ADD is a thing, I have it.

I’m in the middle of three books. Wild, Trust Me I’m Lying, and Becoming Bestimore, which is about my ancestors who came over from Denmark and settled in Nebraska. It’s fascinating.

I also edited all three versions of Andy Crestodina’s book, Content Chemistry, so I’ve read that one more than a hundred times and at least thirty times in the past six months.

I know this has been said over and over again, but it’s true.

People don’t want to be duped. Be upfront, be honest. Teach people. Don’t try to be deceptive.

Where You Can Find Amanda Gant

Like any great web marketer, Amanda Amy Heather can be found in various places.

She also is the brains and body behind the Orbit Twitter handle so you can have some fun with her there.

She also has a favor to ask you. Orbit is getting ready to complete their second annual blogger survey and would like you to take it.