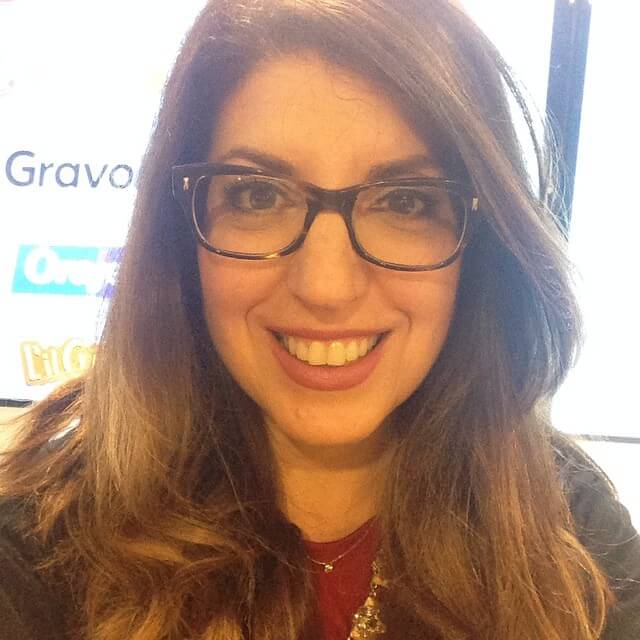 Crud. You are going to make me think really hard about when I first met Eden Spodek.

She’s been a friend for so long, I can point to a gazillion times I’ve spent time with her.

I can point to the time she showed up at my hotel with a package of macaroons after I got back from Paris and was craving them in a big way (and no, I did not share with Lindsay Belll, even though she begged).

I can point to the ridiculous (but hilarious) memes she made of Robert Downey, Jr., and me for the Spin Sucks (book) launch.

I can point to the immense amount of time she spent as a Spin Sucks brand ambassador.

But I have no idea when we first met. Was it Podcamp Toronto in 2010? Eden? Help?

The point is that she rocks, she’s a great friend, and she makes a fun Inquisitee.

The biggest mistake I made in my career was staying in my one of my first jobs for too long—10.5 years!

Ironically, it was a communications role and I wanted desperately to work for a PR agency.

In those days, I didn’t fit the mold and none would have me until the tables turned about 15 years later.

I ended up working for iStudio (a digital agency then embedded in FleishmanHillard), High Road Communications, and Hill + Knowlton Strategies.

Although I’d have to dig up the evidence, I understand I’m the first person who started broadcasting sales on Twitter, in 2007 through @Bargainista.

My mother died of breast cancer when she was 37 (I wasn’t quite 16) and I have a fear of death and dying.

I want to be around for my two sons and husband as long as I’m not a burden.

I’ve taken some pretty tough measures to help ensure they’ll be stuck with me for a while.

The other thing you probably don’t know about me is that I have something in common with Angelina Jolie. No, it’s not Brad Pitt or being a mom of six.

I have the BRCA mutation and took similar steps to mitigate my risk of breast and ovarian cancer 13 years ago.

From a career perspective, I was a late bloomer and I’m not planning on retiring anytime soon.

I know it’s been talked about to death, but it doesn’t appear to be going away anytime soon.

Building relationships—whether it be with journalists or bloggers—and using a customized approach to communicate with them is more effective.

Yet, spray and pray doesn’t appear to be going away anytime soon.

Oh, sorry, that was so last year.

I was honored to be a brand ambassador and although it was more than a year ago, it seems like yesterday.

Well, actually I listened to it on Audible.

I prefer listening to autobiographies that are recorded by the authors.

I loved her humor and candor as she told the story about her career rise and challenges she overcame along the way.

It was like listening to one of your girlfriends who was both relatable and living a fantasy life simultaneously.

Spin sucks because you can only put so much lipstick on a pig.

Eventually, it will catch up with a brand and erode its reputation and credibility.

One of my pet peeves is when clients ask me to spin their story.

I help tell their stories online and advise them it’s always better to be upfront and open by telling it like it is rather than trying to wrap up an issue in a pretty little package.

Where You Can Find Eden Spodek

I asked Eden what she’s working on and I’ll let you tell you in her own words:

What timing. I’m currently involved with a Kickstarter campaign for an awesome project called Imaginary Friends. It’s a simple new concept that brings printed books, online games, and real-life activities together in a fun way for kids and their families. Watch the video and see. This is the first time I’ve worked on a crowdsourcing project and it’s a wild ride. This one ends the morning of June 26, so please take a look and consider becoming a backer before then. All reward levels are in Canadian dollars. What a bargain!