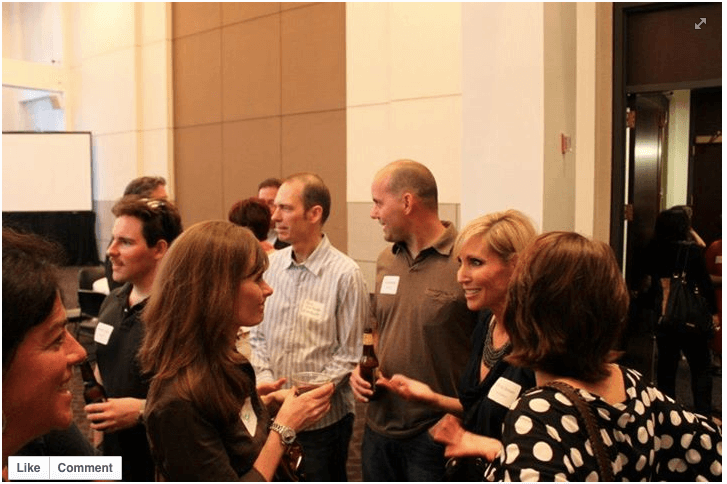 Do you have a friend—or friends—who you’ve known a long time and they’re an integral part of your life, but you have no idea how you met?

That’s how it is with Joe Hackman.

But he may have to correct me because I honestly can’t remember.

We started working together in 2011—he was a key partner in helping me take the business completely virtual—and we’ve been best buds ever since.

A little more than a year ago, he pivoted his business, but I made him promise he’d keep working with us. And he agreed (I can be quite convincing!).

While he’s not on the Arment Dietrich employee payroll, we do pay him monthly and he’s a key advisor to the business.

That’s why I’ve asked him to sit on the Spin Sucks Inquisition hot seat.

In 2008 when the great recession hit I just planned to ride it out like I had the other recessions.

I played a lot of World of Warcraft and goofed off quite a bit.

Only this recession was very different from prior ones and the damage it was doing to my clients was much greater.

Out of necessity, I got much more serious and aggressive in 2009.

That modified approach actually connected me with a new world and many great customers and friends. The mistake was not adjusting sooner, but thankfully we made it through!

I still make time to play World of Warcraft for two hours every week with my cousin.

Maybe that computer gaming got me into the IT industry?

Actually, I think people are most surprised when they learn I have barely any formal education. I dabbled in college and left to pursue a great job opportunity.

That job taught me a lot about business and how to manage my own P&L.

Perhaps I learned a lot about what I did and didn’t like.

I learned IT by tinkering and hanging out in Internet Relay Chat channels where the hard core professionals were.

Those guys taught me that certifications are nice for helping get past HR departments, but time working with the products and pre-disposition are better.

I also learned that being the best is not the most important thing, listening to your customers is.

No way, not a chance. I am an “older” parent and I wouldn’t give up those extra 10 years with my son for anything.

I am undergoing a personal and family journey right now that is reminding me what is most important in life.

I’d say poor customer service, but I also can’t complain too much because people who do a poor job make it easier for those who care.

They make my job easier.

Another thing I find incredibly annoying is companies that fail to follow basic opt-in procedures.

In another life I’d probably run a website that exposed them all and provided ways for people to make them more accountable.

I’ve been so bad about reading books, I have odd priorities.

I read more magazines and articles than I do books: Popular Science, Popular Mechanics, and lots of science content from NASA, Scientific American, SpaceX news releases… I am a bit technology obsessed.

People who feel the need to distort truth to achieve their objectives drive me nuts.

Be real even if you suck, because people will always appreciate something about you, I promise.

Where to Find Joe Hackman

A few months ago, Joe and his family sold their home in the Bay Area and set out on a road trip (you can read all about it here).

What’s cool about this is they did what so many people think about doing, but never do. They just went on the road. He still worked. In fact, it was never apparent he wasn’t sitting at a desk all day. He was just as responsive and helpful as always.

And, if you ever have a reason to build a team to go to Mars with Elon Musk, call Joe. He wants in!

photo: SOBCon 2012 in Chicago. It’s our only photo “together”