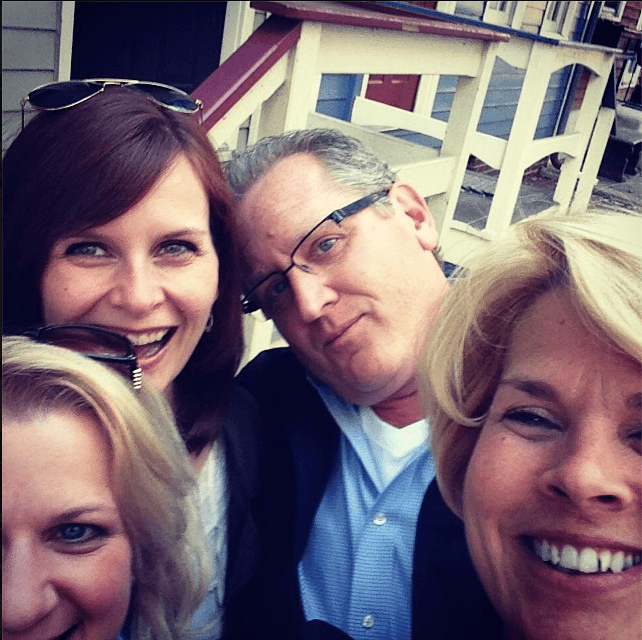 I tell this story when I speak, so if you’ve already heard it, please forgive me.

People ask me all the time what the secret is to building a great community. One of the examples I use is one Mr. Mark Schaefer.

I will never, ever forget when he was starting out and I left a comment on his blog. He sent me a handwritten thank you note. Handwritten. In the mail.

That, of course, created a loyalty that will never stray.

Since then, I think Mark would agree we’ve become good friends and are always excited to see one another at conferences.

Though I haven’t been on his boat with him like Matt Ridings or Kerry Gorgone (cough, cough!), he still is someone I often bounce ideas off of to get a different perspective.

And that, ladies and gentlemen, is why I have asked him to sit on the Spin Sucks Inquisition hot seat.

Probably trusting people I should never have trusted.

I once had a boss who actually set me up to take a fall for an unethical decision he had made. In the end when the truth came out, he was fired and I got a promotion, but for awhile it was a very painful situation.

Kind of the end of my innocence.

People are usually surprised that I hold seven patents.

There was a period of time when the R&D department of a large company reported to me.

I had a lot of good ideas that actually turned into product launches so there was great team synergy there.

It was a lot of fun watching innovations come to life.

This will probably sound weird, but I have already achieved more than I ever thought I could.

I come from a pretty modest background. I grew up with eight people in a two bedroom house.

I had to work hard and fight through a lot of challenges.

Last year I gave a three-hour lecture at Oxford University. When I was on the train back to London that evening I had the most wonderful feeling. I just couldn’t believe that I actually had just done that.

I have come a long way!

So I would choose the 10 years.

I guess the practice I most disdain is cheating to establish social proof by buying Twitter followers, Likes, etc.

There is one social media guru who even pays people to leave comments on his blog and tweet his posts.

It’s really easy to cheat your way to a point where you look like you have authority, but I really do not have respect for people who don’t do the work.

I really enjoyed a biography on Walt Disney by Neal Gabler.

Of course, it was trippy fun to learn the history of some of the great animated movies he created, but it was also an incredible lesson in entrepreneurism and hustle!

Walt Disney was the Steve Jobs of the 1930s.

Cause Gini says so and I listen to Gini.

Where You Can Find Mark Schaefer

As you would expect, you can find Mark all over the Interwebz.

And, if you want to know more about how to measure social media, pick up a copy of Mark’s new book, Social Media Explained.

Photo credit: This is a Schelfie with Anne Gallaher and Liz Reusswig.