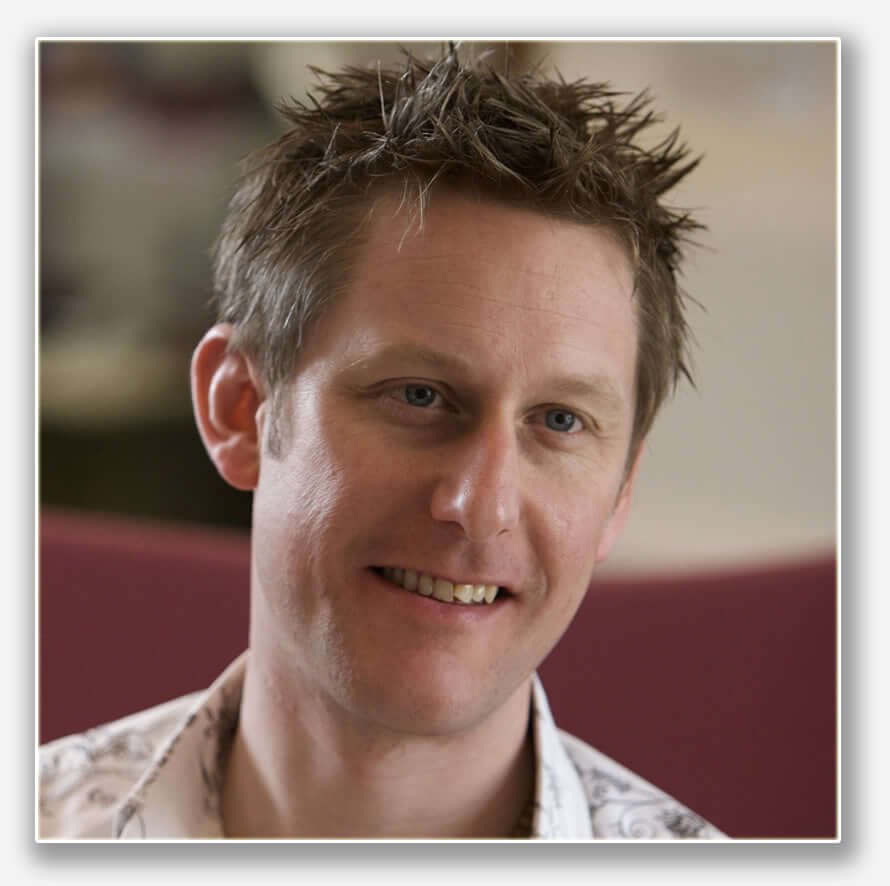 IT IS ABOUT TIME!!

Why am I yelling?

Sorry. Simmer down there, Gin.

It’s about time we have Paul Sutton.

Paul is one of my most favorite people on earth. He’s smart. He’s witty. He’s the father of three and isn’t afraid to be a big kid with them. He’s a newly minted business owner. He’s ahead of the PR trends. He’s opinionated.

And he disagrees with almost everything I say.

Not on the fundamental stuff—we agree on that—but on things such as why one would use Pinterest for business (I LOVE PINTEREST!!) and whether agencies (yes) or freelancers (no) are better.

He and I could be the Mary Matalin and James Carville of the PR world (podcast idea!).

And, so, I have asked him to sit on the Spin Sucks Inquisition hot seat.

A few years ago, Gini featured me in the #followfriday series.

In British military parlance, the Crazies subjected me to a “beasting” and my life has never been the same since.

What I’d give for a sleep without nightmares…

Seriously though, I could pick one of several things here; I’m not averse to making mistakes!

It could be staying too long in my first agency job (I was at the company for six years but, with hindsight, should have moved on after three) or it could be not setting up as an independent consultant sooner.

But the biggest error I’ve made—and I blame my wife partly for this—was when we went into business together in 2006.

Michelle was made redundant and I quit my PR job so we could set up a company selling high quality pet accessories. The market was booming, people were flush and it seemed like a great idea.

The mistake I well, we, made was to open a high street store rather than focus purely on the Internet.

eCommerce was big in 2006, but not like it is now, and our vision was to build a chain of stores that were more like fashion stores than pet shops inside.

The store we opened was fantastic and people loved it. We won a retail industry award for it.

But we chose a poor location and just a few months later the credit crunch hit.

Within a year, traffic to the store had dried up and we had to close it.

We focused on the web for a couple more years, but the huge losses we made on the store meant that the profits we were making online were eaten away.

Three years after we established the business, we had no option but to sell it on and were left with a mountain of personal debt.

It was a very tough time for us and it’s taken us many years to recover.

In a funny way though, I wouldn’t be doing what I am now without that business, as I learned everything I know about digital marketing and SEO and social media out of necessity.

Nobody taught me this stuff and I’ve never been on any courses; I’ve just learned through bloody hard work because I needed to.

But would I go back to 2006 and change things if I could?

When I was 15, I broke two school windows in one day.

It’s been an up-and-down kinda life.

Going back a few years before I had kids, I’d probably have answered differently, but having children changes you dramatically. Your entire outlook on life, the universe, and everything shifts.

Everything I do in life now is centered around my family; even my decision to set up as an independent digital media consultant last year was driven largely by wanting to be a better provider for my wife and kids.

So given all that, there’s no way I would take personal achievement over being with my family for an extra 10 years.

I want to be there when my children graduate from college and get married and have kids of their own.

I want to watch my grandkids grow up.

That’s what will give me pride and my life meaning in the years to come.

Given that, you could argue that I might achieve everything in want in those extra 10 years, anyway.

It’s not really advice or a practice, but I wish the PR industry would take more responsibility for their own knowledge, learning, and careers.

I’m generalizing, of course, and I know some hugely progressive comms people who are amazing. But it frustrates the life out of me that so many aren’t bothered about reading blogs and books to further their knowledge.

It’s no secret the PR industry has been spectacularly slow to adapt to the affect of data and digital media, but I can’t see anything changing in the near future and I can’t help but wonder what it will take to instigate real change.

We are looking at an entire generation for the industry to evolve properly, but when I look around it’s hard to see where the new senior talent will come from.

I wrote a couple of posts on my blog just recently about how the SEO industry is evolving very, very fast and starting to upskill its teams and employ new people to do the digital PR job.

The two are so closely intertwined.

The PR industry needs to do the same, but I’ve seen little evidence of any dramatic shift in mindset or ability when it comes to digital literacy, and I fear for the industry as a whole if that doesn’t change fast.

Difficult one, but I’m going to have to go with Day of the Diesels.

It’s a rollercoaster ride where Thomas the Tank Engine has to set things right with the devious diesels, who are causing trouble on Sodor.

To clarify this, I have three kids under six years old and I run my own business.

You think I have time to read?!

I used to read a lot, but over the last few years I’ve found myself with less and less time, so reading bedtime stories to my kids is about as far as I get when it comes to fiction.

Mark’s done a great job of distilling his ideas and practical tips around the subject of content marketing into something that’s easy to read and packed full of useful stuff.

It takes a look at content marketing from an ‘ignition’ standpoint rather than a ‘creation’ standpoint, and it’s the best business book I’ve read in a very long time.

Tell you what, instead of best book, can I choose a best album instead?

I know they’re touring the States at the moment, although they’re probably largely unknown outside of Europe.

But this is a fantastic listen from a UK band that’s come back after an eight year absence with something very current.

Either that or This Is Not The End by Baby Animals, an Australian band who’d been away for 20 odd years.

Where You Can Find Paul Sutton

I’m kind of sad he didn’t mention ANYTHING about his flowered shirts. I mean, his Instagram handle is “real men wear flowers.”

And, if you need PR help in the U.K., I can think of no one better. He does, after all, have three young mouths to feed.