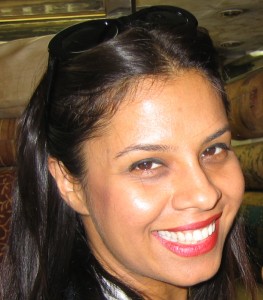 Shonali Burke is the IABC-accredited, award-winning principal of Shonali Burke Consulting, where she helps you turn your corporate codswallop into community cool.

Are you suffering from what I call KJS, or Knee-Jerk Syndrome?

I know I have to watch out for it.

Social is great. I love social. And yes, even though countless folks (including myself) have railed against that as a misnomer, I’m guessing we’ll keep calling it social until we can collectively come up with a better name for it.

With all this immediacy at our fingertips, are we losing the art of reflection? Are we losing the ability—or the desire—to think? Used to be, when we didn’t feel the need—or have the ability—to respond immediately to something, we (or, at least, most mature adults) would take the time to absorb the messages we were receiving. Think about the news we were hearing. Delve deeper into whether what we were being told was, in fact, true. And then… only after thinking something through, we’d respond.

Now, however, we can respond to what we see, hear, are told, immediately.

It’s not just that we can that is leading us to do so. It’s also that those who do are likely to get their responses picked up more quickly, shared more quickly, and perhaps gain prominence more quickly.

Immediacy is not always a bad thing. After all, the lightning speed at which brands and organizations respond is often what people respond to—I know I do. How quickly they pick up on acclaim as well as criticism can make or break their perception, and set the course for whether they will suffer a dent in their reputation or, rather, transcend it.

But what sets these brands apart from the rest is that they’ll do their due diligence in trying to figure out what’s going on, and then respond.

They may not have a couple of days, or a day, or more than a few hours to do it, but they will try to figure out what’s going on first… without giving in to KJS.

Can you and I say the same about ourselves? Truly?

Like when Bill Cosby died. (He didn’t). Or when Brad Pitt was on campus. (He wasn’t).

Much has been written about how social might be the precursor to us losing our humanity. I’m not in that camp; I think social gives us amazing ways to connect with each other (case in point: this guest post).

What I sometimes wonder is whether social might cause us to stop thinking, reflecting, contemplating, to the point where we become click-happy morons.

I certainly hope we don’t. And not giving in to KJS would be a good place to start.

Shonali Burke is the IABC-accredited, award-winning principal of Shonali Burke Consulting, where she helps you turn your corporate codswallop into community cool. She blogs at Waxing UnLyrical, under the watchful eyes of Chuck, Suzy Q. and Lola, her three rescue dogs. Her long-suffering husband has accepted that Shonali can most often be found on Twitter.