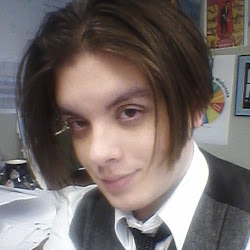 Whether or not you’re a fan of golf, you’ve probably heard about the 2012 U.S. Open.

Not just because young underdog Webb Simpson beat fantastic odds and won the championship by one stroke, but because of the guy who interrupted his victory speech.

Just as the camera panned to a grinning Simpson cradling his silver trophy, a golf fan in a British flag knit cap stumbled into the screen and began warbling like a peacock in heat.

Drunk Bird Call, or “Birdman,” was an instant meme.

Only hours after it was posted online, memes began springing up across the web.

The screen shot of the cawing spectator clad in Union Jack cap and matching jacket was framed with a multitude of phrases, from “Watches U.S. Open Interview, Calls Birds” to “Wins U.S. Open Championship with Birdies.”

There’s even a t-shirt with a posterized image of the Birdman’s face for sale on the MTV website. The various videos of the event on YouTube alone add up to millions of views, and all of this happened in less than a week.

The Power of a Meme Can be Staggering

A form of communication born of the web, the word “meme” has been around since the mid-1970s and is defined as, “a cultural item that is transmitted by repetition in a manner analogous to the biological transmission of genes.”

The current, most well-known definition of a meme is a silly, unbelievable, or widely recognizable image framed with a phrase, such as the infamous Ridiculously Photogenic Guy.

Captured by a spectator during the March 2012 Cooper River Bridge Run in Charleston, S.C., the stunningly photogenic runner’s image was posted online that day, and only a few days later his image had been viewed by millions. Memes of his smiling face included phrases such as “Picked as a tribute for the Hunger Games……Peeta’s brothers volunteer” and “Drives you to your job interview…….gets hired.” Only 11 days after the picture was posted, he was being interviewed on Good Morning America.

Because memes, especially popular memes, spread so quickly through the online population, they’re a natural tool for online marketing. The key is to not be blatant with it. Memes rely on other people finding them funny or relatable and then passing them on.

For example, if you own a picture framing company, you could use the Ridiculously Photogenic Guy as your image and add a phrase such as “Some images…….are too beautiful to frame,” add a link to your company website in small type across the bottom, and post it on your social media sites. By not using your company name directly, you’re making the meme more appealing for others to pass on as they don’t perceive it as direct marketing.

With the subtle link at the bottom, those who do see it will most likely be intrigued and drop by your website. Your numbers go up, which increases your optimization on web search engines, and your site consequently becomes more visible in standard searches, ultimately driving up your sales.

Creating a meme from scratch can be a little more difficult, but might deliver a greater return if it becomes popular. The key to a good meme, as mentioned earlier, is making sure it’s silly, unbelievable, timely, or widely recognizable. If your company doesn’t exactly tie in to any of the popular memes currently circulating, creating your own might be the way to go.

Say you’re a local farmer trying to promote your free range eggs regionally. A good meme marketing idea might be taking an image of some of your chickens walking around in pasture and frame it with a simple one-liner such as “Egg-cellent” or “Good yolks……come from happy chickens,” and posting it on your social media sites.

If you need ideas, a handful of popular sites with multiple meme images include Memegenerator.net, Quickmeme.com, Reddit, 9gag.com, 4chan.org, the “meme” section of ICanHasCheezeburger.com and Facebook.

Regardless of whether you use a popular meme or make one yourself, the key is to keep it casual, funny, and relatable. Don’t try too hard! Just be yourself and your unique personality – and the unique quality of your business – will shine through. Happy meme-ing!