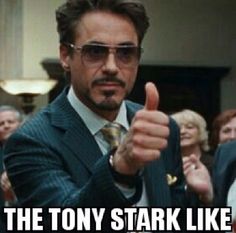 You may have noticed that your Facebook, Twitter, and other social media feeds have been dominated by images for the past year and a half.

Many of them are memes—images or short videos combined with text that often depict a popular celebrity, figure, or phrase.

Grumpy Cat, Bad Luck Brian, and Success Kid are all viral memes that have been remixed over and over again.

Memes may seem like frivolous Internet fun, but they can be powerful viral marketing tools.

Those who use watermarks and other tags can spread the word about their brand, their website, or their social media profiles.

But first you have to make a meme that your audience wants to share.

Memes that tell stories have more staying power than those that do not.

Even though memes are short moments in time, it’s possible to do this. A story doesn’t require much more than an introduction the audience to the subject, an explanation as to what happened, and alluding to why it happened.

The reason most memes have multiple textures—images combined with text—is that it’s much easier to tell a story that way.

Images can often tap into a reader’s preconceived perceptions or personal experiences, which helps add background and motivation to the story. Popular sayings or text structure can piggyback off of pop culture situations or collective thoughts to further the story.

Another common trait for memes that go viral is the fact that it plays on public consciousness.

Take The Walking Dead as an example.

Each week when it airs, several memes pop up, often within a few minutes, that relate to that episode’s storyline. They are popular because the information is still on the public’s mind when released.

If a brand is creating memes as a part of a marketing strategy, it’s important to be connected to what is happening in your audience’s world. You might have set up a news monitoring service, such as Isentia, for certain topics or phrases, so you get updates.

You can create memes as alerts about those topics come in.

Another common trait of popular memes is an emotional connection to its subjects.

Using a cute animal, a funny kid, or a lovable pop culture character in an interesting way is a smart way to connect to your audience.

On the other hand, if your target audience is the college frat guy, your memes should reference situations he’s familiar with, such as exams, flirting, and beer pong.

Polarity also plays a part. Middle of the road subjects don’t do well in memes. This is why political and moral memes seem so ubiquitous.

When the audience feels strongly about a subject, they are far more likely to share it.

The best way to get your audience to do something is to straight out ask them to do it. Direct mail, landing pages, email marketing—they all end in a call-t- action to the reader. And so it’s no surprise that memes that are going viral often ask social media users to share them.

Some effective calls-to-action include:

So, it comes down to a timely meme that gets the reader to emotionally connect to the story you’re telling while asking your readers to help you spread it far and wide.

No, it’s not an exact science, but knowing the common characteristics of those that do is a big step to getting it right.

View all posts by Elizabeth Victor