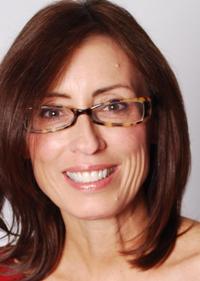 In place of today’s Top Five post, we have a special guest post by Shelly Kramer, founder and chief imagination officer of V3 Integrated Marketing, about a new must-have tool.

I don’t need drugs. I just need technology. And technology that makes my life easier makes me swoon. My latest heartthrob is a private, unmineable news reader that combines my social streams with my news streams. And in what is nothing less than a stroke of GENIUS (pun intended) Genieo can do what products like Flipboard and My6Sense can’t – it can tell the difference between ATTENTION and INTENTION.

Need more reasons why Genieo is like my crack cocaine? I am a voracious consumer of news. Genieo will send me amazing news, blog posts, and stories from feeds it thinks I might like, based on my behavior and patterns it senses. It finds tweets, streams I’ve missed, either because the Facebook algorithm didn’t promote it in my feed or, heaven forbid, because I was offline.

And there’s more. Say I happened upon a random blog post that I “liked” then promptly forgot about. In my world, that happens daily. Well, part of the secret sauce that is Genieo is that if that same blog posts another story, months later, about social media monitoring or a great chef or some new gadget, Genieo would know that I would be interested and pop that baby on my home page. This is serious stuff.

Genieo is a magical combination of to infinity and beyond personalization combined with privacy. And something about that magic – and the fact that no matter what Facebook says, privacy really isn’t dead – is definitely paying off. Genieo reports that its users spend a whopping 300 minutes per month online. Unquestionably impressive compared to the 100 minutes that comStock recently reported Facebook users spend per month online. What is that? Oh wait, it’s the Holy Grail that everyone seeks: Genieo is STICKY. Its users go there and they STAY there.

One warning: Genieo works on Windows right now, but I’m able to overlook that by using it on the iPhone and iPad (and yes, there’s an Android version, too). I’m now cooling my heels waiting for the Mac version, which is rumored to be in the works.

Let’s recap. Personalized. Private. Intuitive. Feeding my addiction for news and relevant content, both from a personal and a professional standpoint. Making my life easier. Making me more productive. Which equates to helping me deliver better results for clients. In case you want more than my say-so, ReadWriteWeb did a nice review of Genieo, calling it a “sophisticated recommendation engine.” And a hat tip to the intrepid Merredith Branscome of LeapPR, who is well aware of my little addiction to techie stuff and who forced me to check out Genieo.

I love Genieo. And you’re welcome. Because I know you will, too.

Shelly Kramer is the founder and chief imagination officer of V3 Integrated Marketing, a full-service marketing and social media agency headquartered in Kansas City, Mo. She’s recognized as one of the Top 100 Women to Follow on Twitter, has been twice recognized by Forbes, both as an entrepreneur to pay attention to and as the author of an outstanding business and social media blog. She’s also a huge fan of not only Gini Dietrich, but the whole Arment Dietrich crew. (From Gini: And I’m a huge fan of Shelly, as well!)