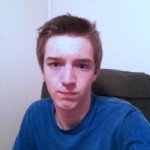 Editor’s note: I (Gini) asked Martyn Chamberlin to republish a blog post he wrote last week after I wrote about Chris Brogan’s bigger ear marketing advice. I’m a big believer in listening to all sides of a debate and opening our minds because, you never know, you might change your mind. At the very least, you’ll become more wise and understanding.

As humans, we love a good debate. We love to hash out stuff with others. We even love reading other people’s disagreements. It’s fun.

But you don’t want to dedicate a blog post to disagreeing with someone. In fact, it’s the worst blogging mistake you can EVER make. When you chose to publicly disagree with someone, you’re destroying your blog. No kidding.

Your subscribers don’t want to pop open their reader and read about why someone they’ve never heard of is so wrong. Who cares?

But wait, don’t people love a good argument? Yeah. If it’s something they’re interested in. Where do you find good debates? Is it in Google Reader? or is it on Twitter and pingbacks and Google searches and word of mouth? You tell me.

The debate about Chris Brogan’s ear marketing strategy was really interesting. I engaged in comments and talked to Chris Brogan and Gini Dietrich about it on Twitter. Does that mean I’m going to subscribe to her blog? Nope. Next time she’ll be blasting away someone I’ve never heard of. I simply joined the conversation because I saw a tweet and it looked interesting.

What makes this mistake so easy to make

Maybe your subscribers won’t like an article, but you can sure find an audience that will. Here are some aggressive posts I’ve written over the months that attack various people/blogs/services. Sure, I found the audience I was looking for. Take a look at this.

I’ve made this mistake time and time again. You attack somebody? Of course you’ll get an audience. Of course people will start a lively conversation in comments. But not all visibility is good. In this case, it’s down right detrimental.

And here’s the funny part. It’s always the small(er) blogs that do this. You’ll never see successful publishers doing this stuff. They’re smart enough to realize how bad it is.

After the big flash and bang of the argument, everyone goes back to Twitter. By nightfall, you won’t notice anything. Maybe a few frustrated readers unsubscribed, that’s all. Oh, and you’ve made a few more enemies. Yeah.

I will never, ever write another disagreement post again.

Martyn Chamberlin is an artist who can’t resist writing about what’s going on in the tech world. He’s fascinated with how companies and individuals market themselves, using Web 2.0 as their distribution model. Check out his tech & marketing blog for more.