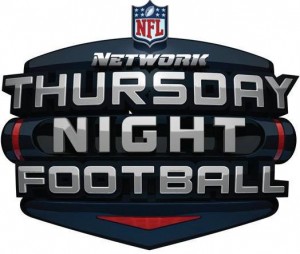 I love football. I love everything about it. The weather, the game, the stadium…everything.

Growing up in Utah, we didn’t have a local team so we got to decide on our loyalties. My brothers were huge 49ers fans and I decided to be a Bears fan. And, after moving to Chicago some 15 years later, I got myself season tickets.

But it’s not just Soldier Field that I love. I have been known to order pizza and watch football, even if Mr. D isn’t home.

It’s not normal. I realize that. In fact, according to the social media NFL predictions I did for Jeff Esposito this past week, I am in the lead for the best record (not that I’m competitive or anything).

So imagine my surprise and delight upon discovering the video montage the NFL does every Thursday night is crowdsourced.

A couple of weeks ago, we were watching Thursday night football and Mr. D and I were trying to figure out how they get so much footage of the fans for each of the teams playing that night.

It turns out you can be a fan alongside CeeLo Green if you upload your fan video from your house, a bar, the stadium, tailgating, or wherever the heck you’re celebrating your team.

Of course, this is being done not only to market in new and different ways on the web, but to increase the social media presence of the NFL.

I’ve lost my chance at becoming famous through Thursday Night Football (the Bears played the first game of the season), but many of you still have the opportunity.

Still to come are:

All you have to do is choose your team, record a video, upload it to the Fanchise site, and viola! Your 15 minutes of fame.

If you decide to upload your video, leave a comment here so I know to watch for you. Go Bears!