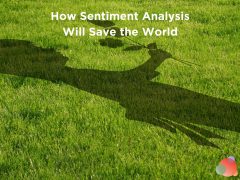 There’s something I’ve been noticing more and more recently.

People care less about what their message says and more about getting it heard.

In their quest for engagement, people are focusing too much on getting likes and shares.

And they’re not focusing enough on the sentiment of their message.

People are sharing your content. Your reach is extending. Great.

But if the comments you gain from your campaign are just criticisms, is it really worth it?

What got me thinking about this is Donald Trump.

Because I work in social media analytics, I find he pops up in all sorts of brand conversations.

And he drives a heck of a lot of engagement.

But Should You Use Trump as an Influencer?

So the question is, should you use him as an influencer?

For every person who buys a product because he endorses it, another would avoid the brand for life.

As a business owner, you cannot risk that kind of backlash.

And yet, I saw a new influencer tool recently that scored Donald Trump a maximum of 100 out of 100.

Without our social context, it would be very easy to miss the issue here.

And that issue being, there’s no sentiment analysis included.

The number of retweets was monitored, but what people were saying alongside those retweets wasn’t, so we miss the social context.

I regularly speak to professionals who are hooked on vanity metrics, thinking that reach is the ultimate way to measure an influencer’s impact.

But sentiment is a significant metric to gauge how well that impact will be received.

Let’s take another example: Oprah Winfrey. Another of the top 100 scorers. And another person who divides opinion.

Before engaging her as an influencer, it’s worth checking out her sentiment using one of the sentiment analysis tools on the market.

In this case, I took a peek at Oprah’s mentions using Quick Search on Talkwalker.

(Powered by the Talkwalker AI Engine, it averages 90 percent accuracy.) 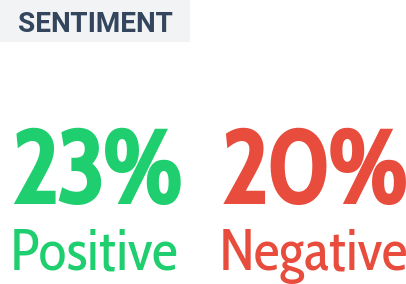 A pretty even split of positive and negative mentions (with the rest classed as neutral).

Of course, you’re never going to find someone with 100 percent positive sentiment (or even 100 percent negative).

It’s the nature of the world that as you gain popularity, you gain notoriety. There will always be someone who dislikes you, no matter what.

Sentiment analysis can help you understand your influencers in a more emotional context.

How will all this change the world, you ask?

Like a virus, it doesn’t care what people think about, only that it passes onto others, leading to more clicks and ad views.

At least that’s the optimistic viewpoint, without considering how you can use it as a manipulation tactic.

What we sometimes don’t see is how damaging this fake news can be?

As a brand, it’s worth monitoring the sentiment of your brand mentions to ensure you don’t become part of a fake news story which could damage your brand.

Take the fake story about Google buying Apple which appeared in early October 2017.

It didn’t garner much traction at the time, only around 324 mentions.

The issue was that it was shared on the Dow Jones newswire, due to a technical error.

Fake news can have instant, drastic impact on a brand.

But if there had been sentiment monitoring behind the story, we would have instantly seen there was much negativity around this.

Alarm bells would have rung straight away. And the fight against fake news would have been on. 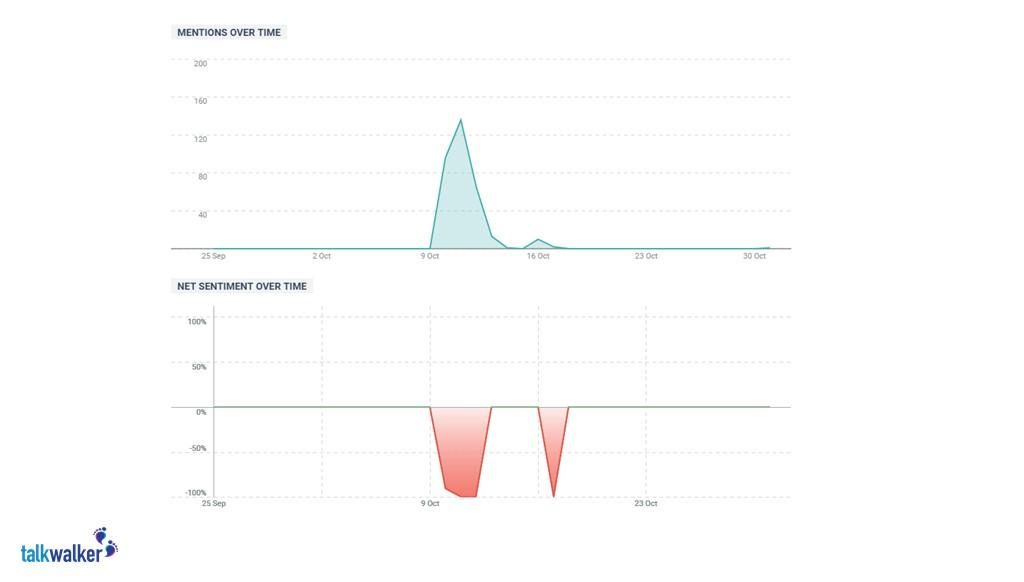 The “Google buys Apple” story generated almost 100 percent negative sentiment instantly. If it had been a true news story, the sentiment would have been significantly more positive.

What Does This Mean for You?

The key metrics for measuring your PR impact are always changing.

It’s so hard to know which PR metrics you should be monitoring (although, you can’t go wrong with these six).

But sentiment analysis really should be in your mixing pot.

If more people were using it, we would be able to mitigate the impact of controversial detractors, and the fake news crisis that keeps reappearing.

And also, we can measure the consumer emotional attachments to our brand, track the negative issues bubbling under the surface, see if our audience loves or hates our new brand messages, and so much more.

One day, sentiment analysis will change the world. But for now, you can use it to improve your brand’s place in it.