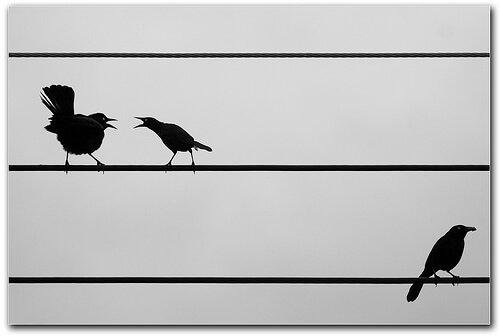 Before you start hyperventilating, let’s get this out of the way: Whether or not to buy followers is a question that comes up all the time.

Somewhere, right at this moment, a new company just launched its first website.

And at least one person at that company just said, “Should we buy Twitter followers?”

An established businessperson is trying to build his consulting credibility and thinking he might get more speaking gigs if he has a good social media presence.

But then he looks at the competitive space and sees speakers with hundreds, thousands, tens of thousands of followers.

So he calls up a buddy and asks, “Should I buy Twitter followers?”

If you’re familiar with how Arment Dietrich does business, and if you’ve spent some time reading Spin Sucks, you can probably guess how we answer that question when it’s asked of us—and it does get asked.

(And if you’re new to Spin Sucks, welcome! Thanks for reading!)

To Buy or Not to Buy…

Here’s the short answer to the question, “Should I buy Twitter followers?”

Here’s the longer answer, as well as a bit of explanation: We do not recommend ever buying fans or followers.

Now, I’ve never, personally, bought followers, so I can’t give you a firsthand review of how it works.

But I’ve worked with people who have done it, and I’ve read other peoples’ accounts of how it works.

This is my understanding of the results: The majority of the fans and followers you’ll end up buying will be low quality—usually fake or bot accounts, often based out of Asia.

And here’s the thing – people may call you on it, or they may not.

You may never get caught, and someone may one day look at your Twitter profile and think, “Wowee! She has so many Twitter followers! I think I’ll follow her, too!”

But you definitely won’t get the kind of engagement or develop the kind of relationships that matters out of those purchased fans.

If they are real people who are really interested in what you have to say, they’re not for sale.

Also, according to some first-hand accounts from folks who’ve tried it out, the fans may disappear over time.

What If You Get Caught?

Now, what if you do get called out for it?

What if someone says, “Hey, so-and-so claims to be an expert, but look at her followers! Why, they’re just a bunch of Spam-bots!”

What are you going to do if that happens?

Lying is always a terrible idea, not just in business, but in life.

This is a key lesson in approximately every other romantic comedy ever made.

You could say, “Yeah, I bought followers. Sue me. It’s not illegal.”

Well, right. It’s not illegal (though it is against the rules). But it is (and I can’t think of a nicer way to say this) shady. You don’t want to be seen as shady.

What You Can Do Instead

If you run into someone who’s asking “Should I buy Twitter followers?” Tell them this: Instead of buying followers, build fans and followers over time by sharing high quality content and following and interacting with others. It’s that simple—and that hard.

It won’t be as fast.

But in the end, you’ll have followers who are actual people – people who are interested in what you have to say.

If you ask me, that’s a far better result than an inflated follower-bot count.