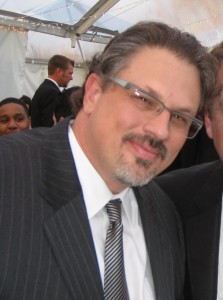 Today’s guest is post is written by Jay Pinkert.

Amidst all the froth about the new Facebook features and the general release of Google+, it’s easy for social media professionals not to spend much time considering the importance of simple tools.

We can get so focused on mastering the “next big thing” that we overlook applications that might seem basic to some.

But to others have the potential to fundamentally affect whether and how they can productively engage in social media.

For solo and small business owners who have the desire to participate in social media but believe they do not have the time to do so effectively, something as modest as an easier way to compose and schedule tweets can be transformational.

It’s in that sense the Buffer app is a “small wonder.”

While it’s generally thought of as just a tweet scheduling tool, my experience has been that it unlocks the promise of social media for businesses that have been sitting on the sidelines.

Unlike dashboard applications such as HootSuite and TweetDeck, which only allow tweets to be scheduled from within the client, Buffer enables users to compose tweets through a Chrome browser extension, then immediately post or add them to a queue without leaving the web page you’re reading.

Tweets placed in the Buffer queue are sent individually and sequentially based on the recurring schedule you’ve set for that day (as opposed to the Twitter clients mentioned above, which require scheduling to be done as each post is composed).

Schedule as many per day as you like (within reason and follower tolerance, of course).

You can essentially ignore Buffer at that point, but if you choose to, you can edit, reorder, delete, or immediately post your pending tweets from the dashboard.

OK, Buffer might be a one-trick pony right now — but what a trick!

I’m a voracious web surfer and RSS feed reader, and share a lot of content that I find interesting and actionable. But because I tend to do my surfing in the morning and late at night, before Buffer I had to manually copy/paste links and individually schedule a lot of my tweets to space them out.

As a result, I shared less content than I would have liked because scheduling was too cumbersome and time-consuming. Now I can tweet without breaking stride, and without inundating my followers with great clumps of tweets — “set it and forget it,” to borrow a Ron Popeil phrase.

That alone is well worth $10 a month.

So How Is that Transformational?

Buffer has been a very productive tool for me, but for some of my clients it has been almost revelatory.

I work primarily with professional firms and small service businesses, many of whom are wary of – or outright intimidated by – the perceived demands of social media. They understand they’re missing out on marketing and networking opportunities by not participating, but it’s difficult for them to envision an engagement strategy and tactics that would work for them.

For some, Buffer has broken through that reluctance and doubt because it meets them where they are in the adoption curve. It makes sense, it’s easy, it’s immediately useful, and it builds their confidence in – and appetite for — social media engagement.

Jay Pinkert is a principal with Shatterbox, an Austin-based marketing and communications consultancy that helps professional firms and small businesses generate leads and distinguish their brand through content-driven programs. You can find him on LinkedIn.

Before you leave! Are you joining us this week for our webinar? How to Develop a Content Marketing Plan, presented by the Steveology himself, Steve Farnsworth and Gini Dietrich. Steve will walk you through the steps needed to not only create a plan, but to put that plan into action. Thursday October 13 at 11:00 a.m. CT. This webinar is $50 and you can buy it by clicking here.
Tweet
Share
Share
Pin