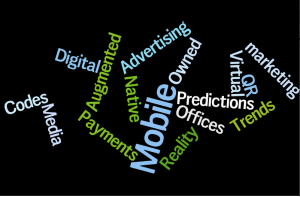 It’s time for the annual Spin Sucks predictions for next year! You thought I forgot, didn’t you?

I like writing this, mostly to see if I was right at the end of the year (and because it’s awesome for SEO).

In 2010, I wrote eight social media and communication trends for 2011. We did, indeed, see the rise (and fall) of group buying sites and mobile began to make a run for prominence in our lives.

Last year, I wrote eight social media trends for 2012. While most of the trends I predicted did come to life this year, I don’t think they’re at their full potential yet. For instance, we still don’t have adoption of using our phones for commerce. And the tablet hasn’t completely taken over print (yet).

Now it’s your turn. Which trends do you think I missed?

(Ignore this, I’m testing something with SEO. Connect with Gini on Google+.)