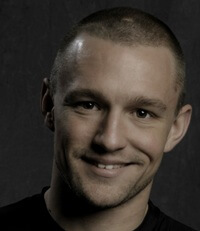 Recently I was sitting on a panel at a SMC Columbus event watching another panelist speak about social search. Halfway through, my friend Rocky leans over to me and says:

“Google buys up the technologies they want. Facebook just builds them.”

Huh. If you think about it, that’s a fairly accurate statement. Facebook has always been in the game of looking at new ideas for technology, finding the holes, and then figuring out how to make it better, faster, and stronger inside their own system.

It’s no surprise then that Facebook Places entered the location-based scene a few months ago.

I’ll admit, being an avid Fourquare user snared by the very addicting game mechanics, I was a bit skeptical as to how Facebook would enter the room.

For the majority of 2010, Foursquare has led the race in attracting both sides of the network – businesses and human users.

What’s your take on this? Do you feel differently?

Nate Riggs works with mid-sized and large organizations to help them adopt and use social media communication tools and build social media offerings designed to serve their clients. He is a proud dad and lucky husband who enjoys music, photography, and distance racing and can be found blogging about business strategy, communications, parenting, and life in Columbus, Ohio, at nateriggs.com.