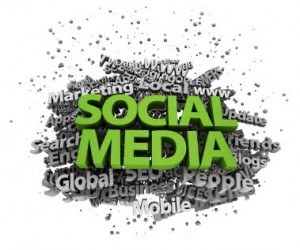 When I speak, I tend to hear the same excuses as to why company leaders aren’t approving the use of the web for business development.

It’s like my own private joke when I ask them to put their baggage on the table and they say things they think no one else has ever said.

But my ultimate favorite? “My customer doesn’t use the Internet.”

Yes, it’s true. In 2011 there is always one person who says their customer doesn’t use the web. It always makes me snicker to myself when I hear it because more than 80 percent of Americans are online.

But there are six other reasons business leaders admit for not using the web.

Three years ago, when I started the speaking circuit, the excuse always was that the only thing the web affords us is fun and games. Add social media to it and it’s only for the kids. While most business leaders now understand technology is fundamentally changing the way we communicate, they still think it’s for the kids…and something they don’t need to worry about because it won’t affect the business world until long after they’ve retired.

Lack of control is always one of the first things I hear. But the fact of the matter is, you never had control of what employees, customers, and other stakeholders have said about you, your company, or your products/services.  People have always had negative things to say. The difference is now you know when they’re saying something bad…and you can do something about it by listening and monitoring the online conversation.

It’s true most of us won’t change unless we’re forced to do so through a crisis. Even though we like new things, we’re fearful of doing things differently. Time and time again I hear, “But this is the way we’ve always done things” in the same sentence as, “I don’t know why we’re not growing.” Perhaps it’s because you’re doing things the way you’ve always done them.

We all only have 24 hours in our days and we all seem to be doing more with less. So business leaders, rightfully so, admit they just have time. But the thing about technology is it makes us even more efficient. Just like brushing your teeth or playing golf, if it’s something you really want to do, you’ll find the time.

Many business leaders are afraid employees will say or do something online that affects the company. For instance, they might tweet proprietary information or Facebook with a competitor. If you don’t have a digital policy, create one. Just like your employee code of conduct for answering the phone, sending email, and attending trade shows, if expectations are set for how people are to behave online, they’ll follow them.

This is probably the hardest one to explain because there are many “experts” claiming the ROI is return-on-influence or engagement. And, when business leaders hear that, they know it’s horse hockey. Social media is more often than not, not measurable in the dollars and cents way of the word. But digital efforts ARE measurable to revenue and gross margins. If you’re looking for help in determining the ROI, find an expert who can talk to you in dollars and cents with an integrated marketing communication focus. It’s possible and it works.

What about you? What are the best excuses you’ve heard?

This first ran as my weekly Crain’s column.