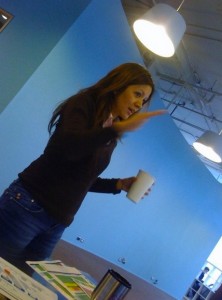 Quite a feat…or is it really?

As Zuckerberg pointed out,“We have this ethos where we want to be a culture of builders, right? We don’t want to overly celebrate any particular milestone.”

Shortly after this momentous media celebration, the following article appeared, “Most of Facebook’s Billion Accounts Are Fake.”

This article suggests, although it didn’t reveal relative percentages, only a very small percentage of Facebook accounts were indeed “real people.”

In fact the article goes on to imply:

This is not surprising considering the information that surfaced prior to this milestone. Mashable actually had a more favourable statement indicating only 83 MM Facebook accounts were indeed fake.

For a company that supposedly sets the social precendence for “ensuring” the preservation of community, as mentioned above, Facebook has more than revealed it’s culpable in the very things it’s staunchly declared to defend Facebook users against. It looks like Facebook doesn’t have world domination after all.

We were always led to believe social media success rests on the number of fans/followers; the number of views/impressions a piece of content generates as it carries across an ecosystem; and the number of positive mentions, ratings, and reviews.

But as we’re seeing, numbers are very easy to game. This article from Whats Your Tech notes, “In a new report, study and survey from U.S.-based Barracuda Labs, analysts say fake social network profiles are at the centre of a vibrant and growing business.”

Barracuda Networks says the underground economy consists of sellers or dealers who create and sell thousands of fake social accounts; and the abusers who buy followers or likes from these fake accounts to boost their perceived popularity, or to sell advertising based on their now larger social audience.

I did a quick search for “buy Facebook likes.” The results showed more than 600,000 URLS linking to services that promised things such as:

Companies such as Get-Likes, Guerrillr, and SocialBuzzer are the beneficiaries of this pent-up demand. But services like these only fuel an increasing advertiser coup to stop purchasing ads on Facebook, questioning the true reach and visibility.

In response to this, Facebook has admitted it has started eliminating fake Facebook Likes, “…caused by compromised accounts, deceived users, malware, or purchased bulk likes.”

For years, Twitter and Facebook have touted the value of the number of fans or followers. Today, that has proven to be a fallacy.

Ev Williams, co-founder of Twitter indicated recently, “The thing I think would be more interesting than followers is… retweets,” clarifying a simple measure of followers “doesn’t capture your distribution…the dream metric is how many people saw your tweet.”

This result, as some other journalists have speculated, came about because of the increasing attention to fake follower-for-sale accounts. Twitter is playing this cautiously because they’ve always advocated the follower count as a highlight from the beginning.

I think they’re on the right path and are equating the movement of a message to how many views it receives, how many people share it and how many interact/click it. I argue social needs to go further and track true message consumption in order to identify “fake retweeters.”

But that’s another story for another day.

My only hope is these underground practices will not ruin what value social has built up over the last few years. That would be truly sad.