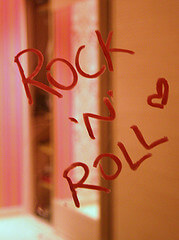 Not long ago, we watched the Tonight Show pass the baton (mic?) to Jimmy Fallon.

Fallon is the first mainstream host to use social media as a built-in part of his comedy stylings: Vaudeville meets high-def showbiz.

His premiere featured one of my favorite comics, a veteran of standup, a sitcom and now the online screen with his very mobile series, Comedians in Cars Getting Coffee – the funny and boomerish, Jerry Seinfeld.

I was excited to watch the interplay between Seinfeld and Fallon, especially because Fallon does a mean Seinfeld impression, and I wondered how Seinfeld would react.

It started traditionally with Fallon’s introduction and Seinfeld confidently taking the stage and launching into his routine.

It was new stuff, and his delivery was sharp and polished, but I was surprised by what the great Mr. S. was talking about.

The gist of the material was: ‘What’s with the kids these days? They’ve all got these phones and never use them to make a call… I just don’t get it…’

Of course it was more entertaining than that.

But watching it, I was struck by two things:

And it dawned on me: Boomers react to social media the way their parents reacted to rock music.

Social Media is Not a Fad

Many just don’t know what to make of it, think of it as a lot of useless noise (and in some ways, it is), and hope it will just fade away. Or at least that someone will turn down the volume so they aren’t confronted by it all the time!

There are several reasons for this:

All of this makes sense. Boomers, like every grown up generation before them, doesn’t see why the world they love has to change and they, in turn, need to alter the way they do things.

Give Boomers a Break

Next time you see a boomer express complete disdain for social media, please be gentle.

Remind them phones have uses other than talking, there’s nothing wrong with being connected, and you’re just sharing photos electronically instead of pulling them out of your wallet.

And then suggest that maybe they’ve become that part of their parents they said they would never be.

That might strike more than an air guitar chord.