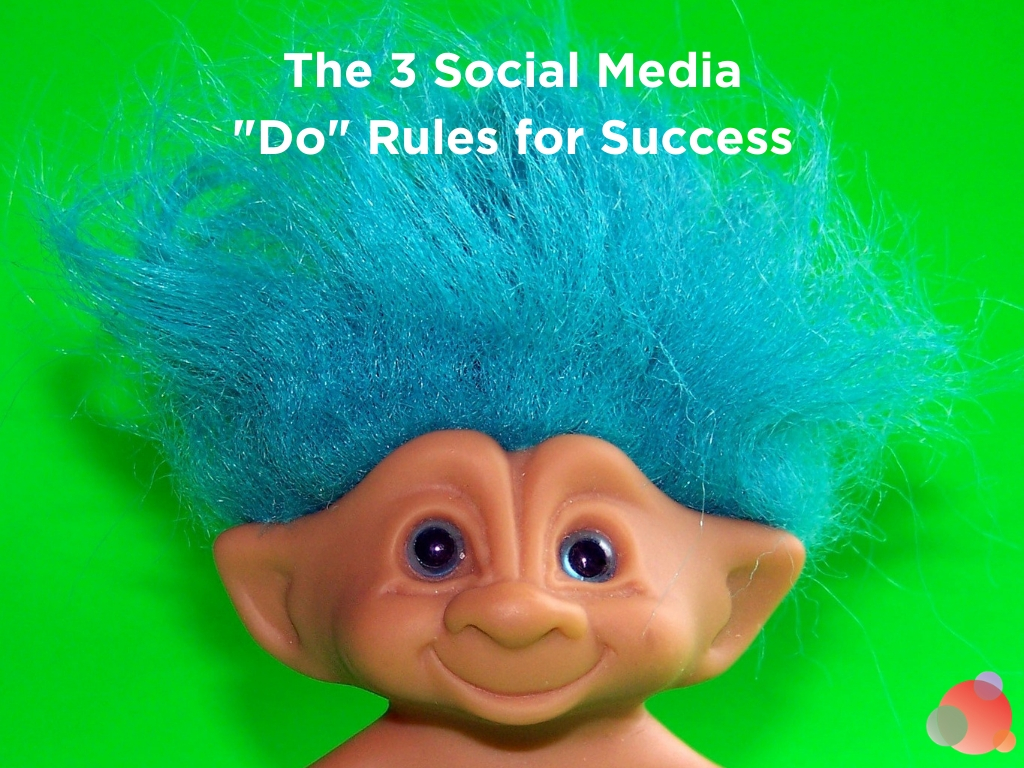 Do you ever scroll through one of your social feeds, looking at the different company accounts you follow and see a really, really great example of a difficult situation being handled with grace and aplomb, and think to yourself:

In fact, a lot of the BEST social media etiquette goes completely unnoticed.

As it should be.

When you’re following good social media etiquette, you’re going to be noticed for your content and your personality, not your behavior.

That’s exactly what you want.

Last week, we talked about all of the social media don’ts.

Today, I have the top tips for what you should be doing to stay on the right side of Miss Manners 2.0.

I hope you’ve spent the last week taking a good look at your social media strategy, and if you’ve been inadvertently breaking any of the ‘Don’t Do This!’ rules we talked about last week, you’ve made a few changes to your strategy.

Fair warning: once you start seeing people and brands doing them, you’ll never be able to unsee it! It’s kind of like wanting a red car. You never see them. And the second you buy one, bam! EVERYONE seems to have a red car.

It’s not all about rules and restrictions of course, and today I want to get into the ways you can engage, share your stuff, and make a great impression.

Here are three things that you should absolutely do on social media.

Do Learn How to Deal With Trolls

I prefer this wording to “don’t feed the trolls” because sometimes ignoring the trolls is not the best strategy.

If you know your Facebook or YouTube comments section is plagued by hostile angry people, why would you want to ignore that at the expense of real customers who are looking for real information from you?

To be absolutely crystal clear: this does not mean you should wade in and answer every troll, but trolls must be taken into account when strategizing around your brand’s social media presence.

This language may sound lighthearted, but having a contingency plan for if, how and when to respond to trolls or to their presence can save you a world of headache in the future.

Remember: just because a brand opens itself up and welcomes comments on their social media posts does NOT absolve it from responsibility to manage the venue or at least establish boundaries of expectations.

All you do is establish a very clear policy beforehand. It needs to be straightforward and (this is key) very simple to understand, such as:

Our goal is to provide a meeting place for online conversation to happen, and so we will delete any posts or comments that are rude, obscene, or off-topic.

Trolls are no longer surprising and brands can no longer afford to be taken by surprise by people behaving badly on social media.

Do Engage With Other Users

You’re not an island, you’re part of a vast ecosystem that needs your full participation.

Pay attention to how people are responding and interacting with your posts, and don’t be afraid to jump in!

And, if you’re going to comment underneath other people’s posts (as I suggest you do), write relevant, thoughtful responses that show you actively read the content they shared.

But to do that, you first must actually read the content.

Do Treat Your Audience With Dignity and Respect

We opened up the episode using lofty words such as “consequences” and “accountability,” so beyond the mechanics of how often to post and why typos are brand killers, let’s actually get to the crux of the issue.

We could all of us stand to be a little more considerate online.

Being friendly, polite, and respectful in both personal and professional social media channels goes a long way.

Online communication is here to stay, and in the past decade, personal users and brands have both had to come up with etiquette and protocols from scratch, as communities and worlds collided online.

So be kind and polite.

Until proven otherwise, assume good faith and ineptitude rather than malice in difficult communications.

Don’t hesitate to fight fire with kindness, and lead by example.

Don’t worry if this sounds very woo woo or new agey—there’s evidence that backs up this approach.

An Example of the Right Thing to Do

In the spirit of open-hearted social media communication, don’t underestimate the power of honesty, even if it’s less than ideal, from a communications perspective.

If you can respect the intelligence of your audience, in the right circumstances, an honest admission of failure on social media can do wonders for your trustworthiness with your audience.

Here’s an example when the Bay Area Rapid Transit social media account went off the rails—or so it seemed.

On a particularly busy and disastrous day, saying “sorry” wasn’t working on Twitter anymore, and social media users were furious.

So, instead of apologizing, the guy behind the BART Twitter account went viral for honest, factually detailed, and shockingly candid answers to users’ questions about the delays and infrastructure troubles.

BART was built to transport far fewer people, and much of our system has reached the end of its useful life. This is our reality.

It was absolutely a gamble, but it worked!

Sometimes, it takes guts to be real online. Especially when you’re at the helm of your brand’s accounts.

Some of these rules may seem intuitive if you’ve been active online, even if you don’t participate much.

It’s especially important to deconstruct how things work as they do on social media, as much to give ourselves a refresher on how to be more thoughtful as it is to teach newcomers.

Do you have any rules for social media that weren’t covered here?

The floor is now yours…

P.S. If you missed this week’s podcast on the same topic, let me make it crazy easy for you!