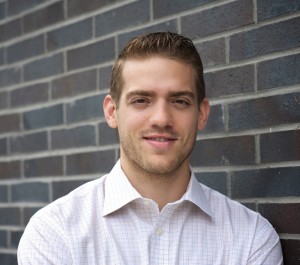 Some of you were probably driven to this post by a cleverly crafted tweet from the brilliant Gini Dietrich.

Others will simply retweet that original post because it’s coming from a credible source.

Some may retweet or share this post simply because it’s on Spin Sucks – regardless of what the post is even about, and others yet will becoming engaged in an attempt to gain more insight or argue a point made.

Social media is an ingrained process that now owns a segment of our personal and professional worlds.

At home, we set aside time to browse Pinterest and read tweets from our selected following.

At work we have segmented time allotted to monitoring Radian6 (now known as the Salesforce Marketing Cloud) or Jugnoo (client), or browsing Hootsuite for interesting content. It’s now not what we do, but who we are.

In the midst of this digital revolution, it has not only changed the way in which we allocate our time, but also how we consume, share, and engage with content. The social media world would be an anthropologist’s dream. When we boil it down (crudely) we can identify two distinct groups of social media users (SMUs) that should inform your social strategies and content.

This group is focused on vanity. They consume content and information in a way that is neither deep nor extended. These individuals rapidly share content because it is perceived to be valuable. Perhaps it’s based on how many followers a person has, how many times a tweet has been retweeted, or how many “likes” a Facebook post has received. Essentially, these SMUs are influenced and directed by popularized perception. There is no connection or prolonged engagement–it’s quick, repeatable actions (a retweet, share or “like) that steer their behavior, not the content itself. Some may never actually read the content, but they’ll share it.

These are the brand ambassador-types. They seek to truly connect with the content in the hopes it will spur engagement, discussion, and build relationships. When they share content it is to add value to the entire piece and influence their core network. It should be noted that this group is smaller, but holds considerable power when it comes to business objectives.

There is a continual discussion about knowing your audience, creating content that connects with them, and being strategic. What we tend to forget is our target audience may also be segmented into different SMU groups. These two groups possess completely different rationalities and reasons for engagement.

It’s important to understand how these individuals influence their core network. Those who fall within the first group may influence like-minded connections, where retweeting is a form of social media etiquette for the simple fact that it has been retweeted before. They may influence 15 to 20 of their connections to share the content, but value is diluted.

However, those who occupy the second group influence a smaller number of connections but in doing so they can steer the decisions, perceptions and discussions of their five closest acquaintances.

Does “vanity sharing” even contribute to a company’s intended objective? If no one is reading the content, but 100 retweets are generated, what’s the ROI? Perhaps it’s simply the awareness and prevalence of your Twitter handle in people’s feeds, but it is essentially vanity metrics that don’t generate sizable dividends beyond awareness. However, keep in mind that this style of sharing extends reach of sorts.

The real value of social media comes from building relationships with those who will influence others beyond vanity–those value-adders who can shape perception and reputation.

There are “influencers” and the “influence’ees”. However, the definition of “influencer” should be worded carefully because as we all know, influence is not synonymous with popularity or celebrity.

It’s important to tailor our strategies, content and digital behavior in order to leverage the value that both of these groups offer. It isn’t enough to just know your audience, we must know how that audience acts, consumes information, and engages on social media. Both don’t serve the same purpose.

Tyler is the manager of strategy and social media at Zync in Toronto, an award-winning brand and marketing agency. After completing his masters degree from the University of Guelph and McMaster University, he spent time as a director of communications in Canadian politics. Connect with him on Twitter, LinkedIn, the Zync blog, or his blog.