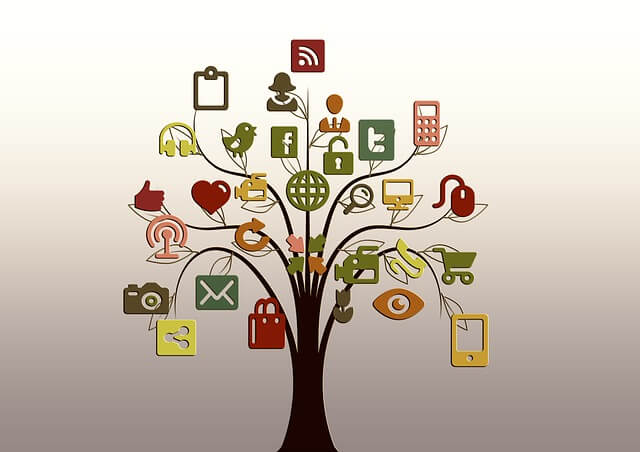 It’s been nearly a decade since Twitter launched in March 2006 and while it’s been wildly successful, I still encounter business leaders and family members who think it’s all about bad grammar, cat videos, and other junk.

And, while I’m never in love with their negative perception of social media, I’ve realized it’s best not to argue. They are right after all…there are a lot of cats and bad links out there.

However, there are also a ton of new ideas, business connections, successful media pitches, and behind-the-scenes information just waiting to be discovered.

It’s all about how you use it.

As simple as it sounds, whenever I’m trying to explain the value of social media for marketing, communications, and life, I often compare it to a telephone.

For decades people have been using telephones to talk about nonsense. At the same time, phones have been used to spur conversations that launched entirely new companies, lock down new business partnerships, and tell parents they’ve just become grandparents.

Despite the vastly different types of conversations we have on telephones, they are widely accepted as necessary and productive tools.

Again, it’s all about how people choose to use them in our lives.

My gut tells me generational shifts and the passing of time will eventually erode negative perceptions of social media. Still, if you’re on the fence about social media marketing or if you need to convince someone else in your organization to begin using it, here are two quick ideas to get yourself into the right conversations.

We think we’re measured by the amount of followers we have or don’t have so we hit the follow button at every chance we get and then complain about all the posts we see that aren’t interesting to us.

Instead of chasing followers, it’s better to be targeted and selective.

Almost every social media platform—from LinkedIn to Instagram—lets you pick and choose exactly the people and organizations you want to follow. If you work in public relations, you can follow reporters that cover your industries.

If you are a CEO, you’ll probably want to follow other business leaders at your client, competitor, and peer organizations. Strategically selecting and building this list will help ensure your feeds are filled with people and conversations that pique your interest.

You can even segment further by using Twitter lists. This tool allows you to create private lists that you can tag followers to as you find them. So, even if you’ve been selective and only followed clients, reporters, and your favorite musicians, you can then segment that group into the three lists and always find the conversation you want to follow.

It’s easy to pull Twitter lists into tools such as Hootsuite and Buffer to help you manage your social conversations.

If you need help finding the right influencers on social media to engage with, tools such as BuzzSumo help you find, analyze, share, and outreach via social media to them.

Little Bird is also a similar tool that can help you find the right influencers to follow and engage.

Who is Posting and Who Is Communicating?

Once you’ve defined a good list of interesting followers, it’s then time to analyze how key influencers are using their social accounts.

For example, a quick scan of a reporter’s Twitter feed will tell you if they are open to pitches via social media. If all they do is post their own stories and never respond to others, then social media probably isn’t the best platform to outreach to them.

It doesn’t take long to build this kind of understanding around your followers and begin to understand who you should retweet, who you should chat with about their favorite sports teams, and who you’d be better off sending an email.

When it comes to public relations, many don’t take the time to research their targets and they’ll often pitch people who clearly don’t want to be pitched via social media.

This can not only be unsuccessful, but also damage your chances for future pitches.

Ultimately, the proof is in the pudding.

There are thousands of business professionals who can point to how they’ve used social media to advance their efforts.

These people aren’t lost amidst the sea of strange that can invade social media just like they’re not pulling out their cell phones to have pointless conversations with people.

Instead, these people are focused, strategic, and find opportunities where others simply aren’t taking the time to look.

Christopher Whitcomb is a Marketing Communications Manager for CannonDesign, an integrated design firm focused on helping health, education and corporate clients solve their greatest challenges. He lives in Buffalo, NY, graduated from St. Bonaventure University and is currently pursuing his MBA at University of Buffalo.

View all posts by Christopher Whitcomb