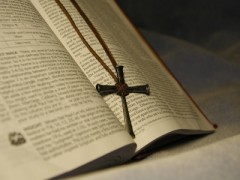 I am of the atheistic persuasion.

So this may come as a bit of a shock, but I’m gonna do a little preaching on the Second Commandment, social media style.

For those of you who need a refresher:

Before I get down to the serious preaching, let me give you some context.

Bow Down to Bad Data

First, the odd case of Mary Meeker. I heard about it via the San Francisco Chronicle. Meeker, who apparently is a big deal (a partner at the venture capital Kleiner Perkins Caufield & Byers), did her annual Internet Trends presentation at the All Things D conference.

One of the things she told people: Smartphone users check their phones an average of 150 times daily. The issue? It appears the number comes from nowhere. But despite the problems outlined by Jeff Elder, the statistic is all over the web. 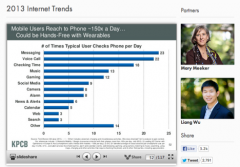 Secondly, a post on the Forbes website about social media uberdude Gary Vaynerchuk and his new ideas, titled “Why Gary Vaynerchuk’s New Social Media Strategy Should Change The Way You Do Business.”

What really threw me was this quote:

He’s redeployed an employee at VaynerMedia, his social media consultancy, to “shadow my life” by following him at conferences and key local events to record his remarks and turn them into social media content. “I’ve built the infrastructure around me to become a greater content provider,” he says. “I have someone calling me at the end of the day – there’s now someone in my life pestering me for content.”

I found the image of someone following Vaynerchuk around capturing his thoughts and “transcribing his remarks into social media” ludicrous. But when I scrolled down to the comments, I found…

And when Scott Monty — no minor figure in social media either — wrote a post detailing his incredulity, he included the following:

Monty went on to say a scheme like this was “the last thing the world needed;” a position he moderated after Vaynerchuk explained himself on Twitter, “Yeah some confusion most likely my fault for sure, but u should know me better, its more not to miss things than to force things…”

Thou Shalt Not Believe Everything You Read

We love social media success stories. Perhaps too much. Perhaps so much that even when they say stupid things, we cheer them. And perhaps so much that when someone decides to criticize them, they feel compelled to preface the criticism with sentences like “this is in no way a personal attack…” because the anticipated reaction is a firestorm of criticism from the army of Vayniacs or otherwise cutely-named followers who will defend the honour of their hero.

When someone commented on the Vaynerchuk Forbes article “My 2 cents: One can NOT argue with success,” I responded, “Yes you can. And you should.”

I meant it. Gary Vaynerchuk is an undeniable phenomenon. Does that make everything he says worthy of support?

In a fast-paced world such as social media, it’s easy to listen to the emphatic people, the ones with the profile, the ones who go to the hot conferences, and are friends with the other important people. But NONE of that means they’re right about everything. And it does nobody any good to blindly parrot their statements.

And if you think my argument is full of more holes than a piece of cheesecloth…tell me so!

Peace be with you, social media brothers and sisters.