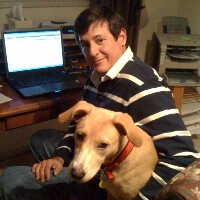 As a solo professional or small business owner, how can you create a footprint with little to no marketing budget? In today’s social media world, the answer is quite a bit. Following is my social media success story.

I am a lawyer who was trying to develop a solo practice focusing on the U.S. Foreign Corrupt Practices Act (FCPA), which prohibits bribery and corruption by U.S. companies overseas. I was out doing the circuit through personal networking, publishing articles, and giving speeches — some might call it the old fashioned way. But this was not providing any traction, so in January I decided to market exclusively through social media.

I worked with a social media coach for lawyers, Debra Bruce of Lawyer-Coach, who introduced me to the social media world. But I had, for the most part, ignored it. Through her coaching, I began to tweet, participate in LinkedIn, and more actively use Facebook. I also blogged, blogged, and then blogged some more. What I found was that by using social media, an entire new world opened up for me.

I only had one rule in this journey: Whatever I did had to be at NO COST.

So what did I do?

* Reposted every tweet I could find on the FCPA. This led to me being named in February as one of the Top 15 “Must Follows” in the area of Securities Law (FCPA) by Compliance Week.

* Started blogging on WordPress, posting one to three entries per week. My site now receives more than 2,500 visits per month. I also reposted my blogs on every site I could find that would take them.

* Began to host my own webinars. I have now hosted or led over 10 webinars on the FCPA.

* Wrote, wrote, and wrote and have published 10 papers on the FCPA.

All this no-cost marketing has led to the following:

* I have been retained by LexisNexis to write a series on the FCPA.
* One of my LexisNexis FCPA papers has been circulated on Capital Hill.
* I have been interviewed by and quoted in the Wall Street Journal online.
* I have been hired to develop and conduct a series of FCPA speeches around the country later this year.
* And last, but far from least, I am currently engaged in an FCPA consulting assignment for a major U.S. corporation.

My own experience tells me that anyone, or any business, can create a nationwide footprint by using social media tools. I was able to reach potential clients, globally, who are specifically interested in attorneys focusing on FCPA work. Not only have I been able to monetize this work, but I am now one of the “Must Follows” in the FCPA arena.

Remember these tools are available to everyone and, best of all, they are available at NO COST. So dive in and try them and, believe me, you will see results.

Thomas R. Fox, principal of tomfoxlaw.com, has been practicing law longer than he would care to think about and now has a practice focusing on the FCPA. He preaches from the mountain, whether or not you are listening, about the benefits of social media to small businesses in any profession. He can be reached at [email protected].