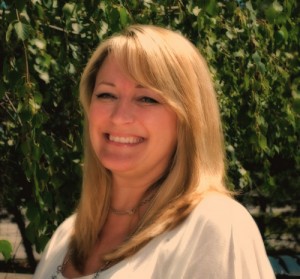 When I first delved into the world of social media I was overwhelmed with the possibilities.

For the first time in history, a small business could communicate directly with its target audience.

I was thunderstruck by the realization that small marketing budgets, the bane of growth for most small businesses, were practically irrelevant.

A smart plan and time to dedicate to your community allowed you to transform your business.

I became absolutely obsessed with learning as much as I could about how to use Facebook, Twitter, LinkedIn, and any other platform available as a marketing tactic.

There was a period where I literally couldn’t catch my breath for trying to digest it all.

I spent hours upon hours glued to my computer, reading as rapidly as possible.

I tried to read every new social media book, as counter-intuitive as that seemed since everything was changing so quickly; by the time I’d finished the latest book a new platform would spring to life and I was once again playing catch up.

I felt uneducated…totally unarmed for this brave new marketing world.

When Google+ first came out I really took a licking. I invested hours upon hours while it was in beta, convinced, this time, I’d be ahead of the game. I heeded some of the social stars when they warned me that G+ was going to change everything; it was going to KILL Facebook.

I was nervous. Facebook worked as a marketing tactic for some of my key clients. I was preparing for the day I’d have to sit them down and tell them that we needed to change course; as soon as G+ grew to a substantial number of users, we’d have to start all over there.

Use What Works for You

When I realized it wasn’t coming, I began to notice a lot of other things too. I realized that, although I’d opened accounts on Stumble and Reddit and Pinterest and Digg and BuzzFeed etc., it didn’t really matter that I’d stopped checking in with them all.

In fact, when I finally stopped trying to BE everywhere and just focused on the few platforms that really worked for me, those platforms became a much richer source of information, and my relationships there deepened.

Guess what? I don’t even check G+ anymore. Most of my clients never went beyond setting up an account ‘just in case,’ and I stopped trying. The people I know both online and in real life have not given up on Facebook. Along with the other one billion people, they still don’t want to leave.

The reality is: IT’S TIME TO STOP THE MADNESS. No one can be everywhere and still be meaningful. Sure, companies can have a social presence on a myriad of networks, because they have a team of people working within their community, but there is no reason on earth any one individual should pretend that they have a real presence on 57 different social networking sites.

It’s impossible, and frankly, it goes against the original value of social media: The ability to genuinely connect with other people.

The point of this post? Stop feeling a sense of responsibility to use networks that you don’t find useful, and don’t listen to the scare mongers more than you listen to your own reality.

Amy  McCloskey Tobin is the founding principal of Ariel Marketing Group, LLC. Her mission in life is to create smart, individualized marketing strategies for small business.