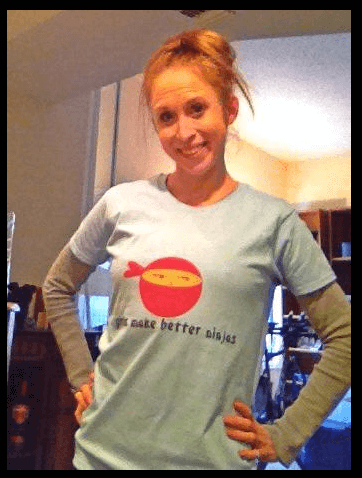 When we began the Spin Sucks Inquisition series, I promised my team they’d have their day in the sun again.

So as not to overwhelm you with Arment Dietrich employees every week, I decided we could hear from them once a month.

We started with Eleanor Pierce in March and Lindsay Bell got her turn in April.

This month is none other than Ms. #PetroPower, Laura Petrolino.

Laura heads up our Florida office until next month, when she makes the move to Portland, Maine (and Eleanor heads to Portland (well, Bend), Ore.). We’ll be bi-coastal (and Canadian) by this time next month!

She also is the eternal optimist and is the only person I know who can make instant messages sound like they’re full of rainbows and unicorns.

Now it’s her turn in the hot seat.

I’m a big believer that all my mistakes have only served to make me better in everything I do, so I’m really pretty grateful for most of them, as painful as they always are at the time.

In fact, when I think of the mistakes that were the MOST painful, like truly devastating, it’s impossible to do so without seeing all the associated good that came out of them.

That being said, the biggest mindset struggle I’ve had to deal with (that has often help me back), is the desire to be liked by everyone.

Sometimes I’ve made choices led by the desire to be liked vs. bigger business or career goals.

This is a tendency I always have to self check myself against.

Hmm…that’s hard. I’m pretty much an open book, so I feel like most people know everything about me (and if you don’t, you should be paying better attention).

I actually called my parents to see if they could think of anything, and they couldn’t either.

So long story short, I obviously like talking about myself.

Note from Gini: I can think of a few things I’ll bet most people don’t know (cough, military, cough)!

I don’t think I could achieve everything I wanted in life and die 10 years sooner.

The most important things I do are in the little moments daily.

That’s how I judge my success, that’s where I find my happiness.

Losing 10 years of those moments would be devastating.

The “magic diet pill” syndrome. Any promise (and you see them across all four media types) that encourages the belief an action, any action will create overnight success.

You will see progress from proper execution of a well designed and targeted strategy, but you won’t turn your lemonade stand into a multi-billion dollar franchise with three tweets. Sorry, life’s rough.

It’s the true story of Louie Zamperini, an Olympic runner turned WWII airman who suffered through some of Japan’s notoriously brutal POW camps.

I’m a huge fan of historical non-fiction to begin with, but Hillenbrand is an absolutely magical storyteller, and this was quite possibly one of the best non-fiction books I’ve ever read.

Even if you don’t normally tend to be a non-fiction reader, read this book.

It destroys the all important “we.”

When you rely on spin to spread your message, you turn every communication into one of purely “buyer” and “seller.”

There is no we, only you, and them.

You destroy relationships and eliminate trust.

Spin might get you a one night stand with a customer, but if you want to have a long, happy, and prosperous  marriage you need to look elsewhere.

Where You Can Find Laura Petrolino

Shirt in photo courtesy of me!