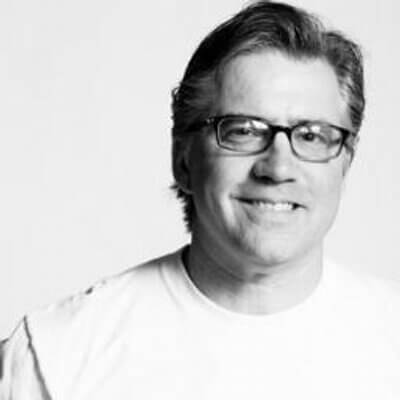 According to him, he has tried to get my attention for years. It wasn’t until he and Laura Petrolino bonded over Rudolph (yes, the reindeer) that I was convinced to take a tour of OneQube and test it out.

(What can I say? I get tons and tons of requests for new product demos. Tons and tons.)

But I’m ridiculously happy he kept trying because, not only is it a really cool social media listening platform, he’s an incredibly cool dude.

Since then, he’s gone on to build Footprint Digital (he’s a lifelong entrepreneur) and is focusing some of his time as an executive producer of Behind the Velvet Rope.

These guys interview celebrities and I think we can all guess what favor I ask of him during our Inquisition.

(I mean, really. I’m only ONE degree separated from Robert Downey, Jr.?!)

With that, I’ll let you at it.

I asked Robert the normal questions (which you can find below):

Where You Can Find Robert Moore

Now that you’ve met Robert, it’s time to get your fingers warmed up and start clicking.

You can find him on:

And now the floor is yours. Say hello to Robert.