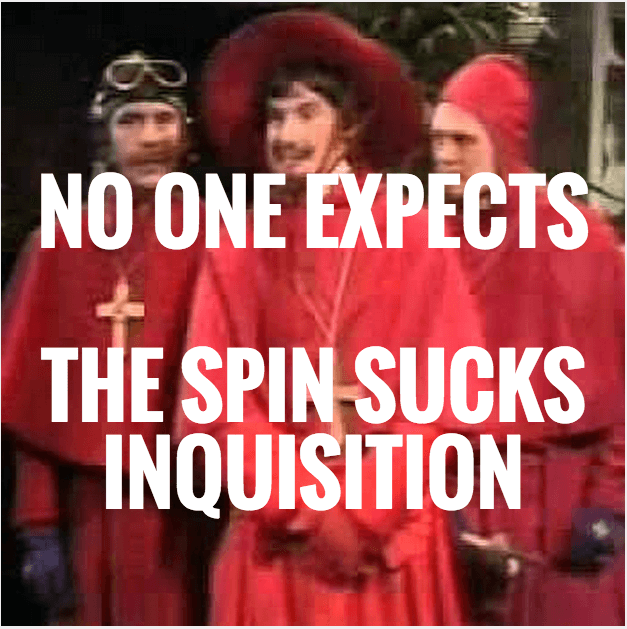 Because I am willing to bet many (if not most) of the United States is going to cut out early today to start the long weekend, I decided not to feature someone new in the Spin Sucks Inquisition.

It wouldn’t be fair!

Instead, I thought I’d give you the list of everyone who has been featured so far this year.

If you missed anyone, this makes it easy to go back and learn more about them.

If it weren’t the crack of dawn and I’d actually thought about this before now, I’d have created Feedly and Twitter lists so you could follow them all at once.

Maybe I’ll do that when I recap the entire year in January (unless someone reading this is bored and wants to do it for me; I pay in Spin Sucks wine glasses).

But don’t let that be an excuse to procrastinate. Go learn more about each of them and follow them now!

Many of those featured were nominated in our up-and-comer PR pros last year. Others are fun Spin Sucks community members. And others are experts in the communications field.

We have tried to feature only communications professionals this year—and we clearly need more men—so if you have anyone you’d like to recommend for the series, send me a note!

We’ll be back to our regularly scheduled programming next week.

Have a great holiday weekend! Be safe. Look both ways before you cross the street. Be good to one another.