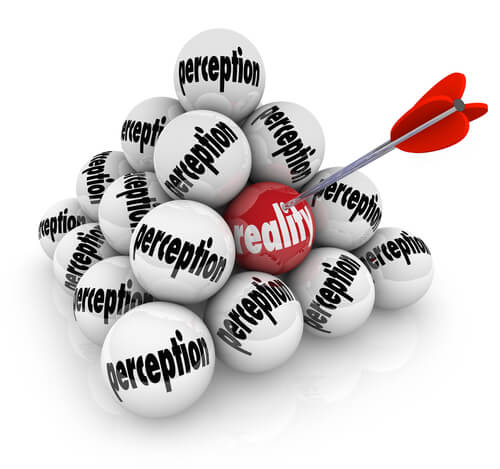 I love social media. It has changed the way I do business and I’ve made lifelong friends I never would have even met.

It truly has flattened out the world.

But it also has a dark side not many expect.

Sure, we kind of expect to hear about people being stalked because of social media. I once was at the movies, checked in on Foursquare (when it was still Foursquare), and when the movie was over, a man was standing outside waiting for me.

Or, remember Please Rob Me? It was a website that added, “I’m not at home. Please rob me.” to your Foursquare check-ins that were published on Twitter.

Of course, now the website is about “raising awareness about over-sharing,” but that’s only because the government shut them down.

Again, something that doesn’t make you super excited to use social media.

And there is a perception issue.

One of my favorite things to have happen is to be doing a workshop or speaking on stage and have someone in the audience exclaim, “How did you just tweet?!”

I always grin and say, “Magic!”

Of course, I automate everything. Each morning, I hand-select 12 stories to tweet, four for LinkedIn, four for Facebook, and six for Google+. Those all go into Hootsuite and I let them run their course.

The only thing I don’t automate are my responses, the conversation, the engagement.

But if you “see” me on a social network, particularly in the middle of the day, it’s highly probable that my work early that morning is finally showing up.

I had lunch with a friend last week who said, “Man. How are you so prolific on LinkedIn?”

That makes me laugh because LinkedIn is my nemesis. I know I should be more active there, but I just don’t make the time. It’s not as…fun.

Still…people have the perception that I am there multiple times a day.

Are You On Social Media All Day?

We just experienced this, ourselves.

We’re working on a large project for a client and there are several agencies involved.

As the agency of record, we are the lead agency and having to get things done well and on deadline is…challenging.

One particular agency holds the key to the client’s websites. We have scheduled call after call with their team, only to have them not show up, be late, or postpone.

BUT THEY ARE ON SOCIAL MEDIA CONSTANTLY.

Now, intellectually, we know they probably are as efficient with their social media efforts as we are.

They schedule stuff, have things automated, and may not even check their updates or comments except maybe once a day.

But I’ll tell you what, when they don’t return phone calls or postpone a scheduled meeting because they are busy, the perception is they have time for social media, but not for us or the client.

You may not even think about it.

I most certainly don’t.

But it’s something to consider if it’s taking you a few days to return phone calls or emails yet your social media accounts are on fire.

My friend has the perception I’m on LinkedIn all day. Even though I laughed and told him I actually only go there maybe once a week, he can’t understand how that’s possible when he sees me there every day.

We have the perception the people at this agency have time to tweet 200 times a day (that might be an exaggeration), but not to return phone calls or show up for scheduled meetings.

Be mindful about your social media efforts.

If they don’t match your behavior with email, phone calls, and offline meetings, you could have a perception issue on your hands.